Emmerdale 27/12 – Sam is questioned about the fire

Home Farm is as burnt as Kerry’s turkey and Megan’s life hangs in the balance at the hospital. Sam watches as officers wander about the wreckage that is now Home Farm. He is questioned and unbelievably nervous, even though Rachel tries to reassure him that he didn’t cause the fire.

Declan is wracked with guilt as he is questioned by the police and Robbie gets suspicious when he sees he and Charity exchange glances as they are questioned. Robbie confronts Declan, who doesn’t deny it. Charity covers for Declan by taking the CCTV hard drive from Home Farm and deleting the evidence.

Elsewhere, Cain wants to get rid of the Bartons as Moira suspects James likes her. Cain notices this straight away, so announces he is taking Moira away for New Year’s Eve. 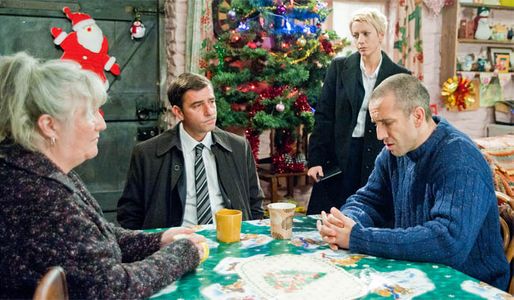