Chrissie’s on edge as she goes to see Ross who she regards with utter contempt, he confirms he can obtain the images of her and Cain kissing. Soon, Robert is jumped and mugged whilst at some temporary traffic lights. Later, Ross produces Robert’s laptop and memory stick, to Chrissie, but are they the only existing copies? Meanwhile, Moira’s curious to find an envelope on the table addressed to her, opening it her smile vanishes as she looks at the picture of Chrissie and Cain. Has Ross dealt the final blow needed to break up Cain and Moira for good?

Debbie’s on edge as she prepares to confess all to Pete, but her phone goes distracting her. Later, full of nervous energy Ross confirms he’s ready to leave with her. Will Debbie find the courage to come clean to Pete, or will the truth catch up with Ross first?

Pollard’s irritated after falling for Val trick, but soon they’re both left uneasy after they receive a court date. Joanie reassures Rodney it was a one off and nothing serious, but when Marlon later finds the pub's toilet door jammed the “one off” might have just been repeated. 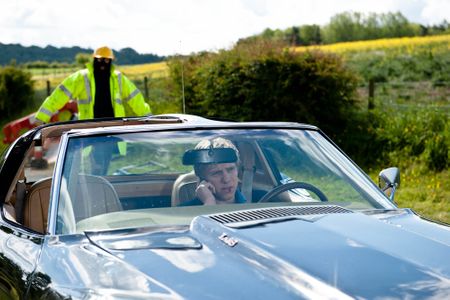