Emmerdale 30/05 – Will James regret his decision? 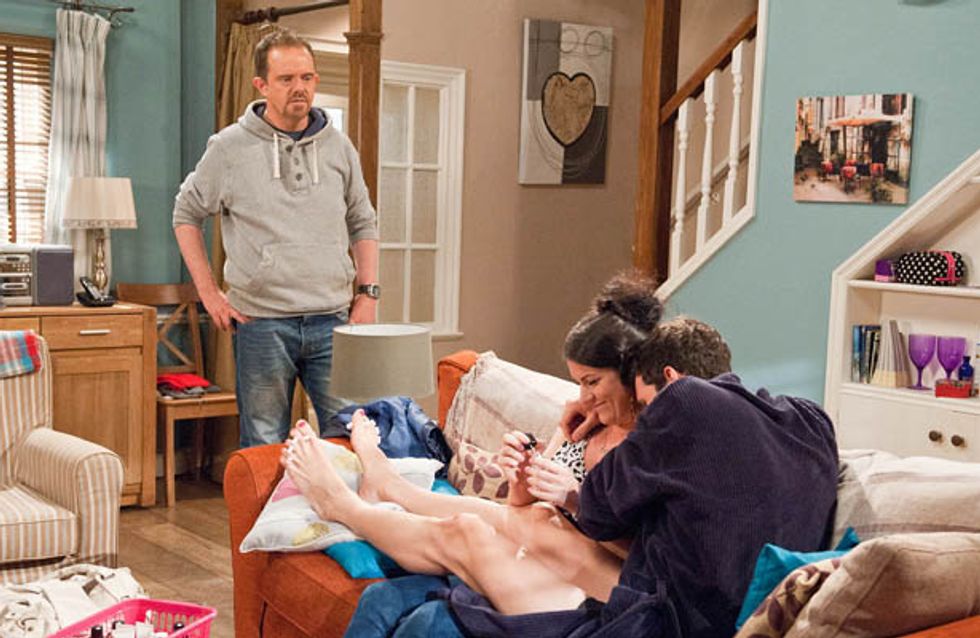 With Chas’s confession playing on his mind, James warns Moira he is going to tell Chas that Adam is his son. Panicked, Moira begs him to reconsider but he is adamant that Chas needs to know if they are to have any chance of a normal relationship. Later James confesses all and explains the history between him and Moira but Chas’s reaction isn’t what he expected. Chas tells James she can’t lie to her brother Cain and will have to tell him the truth. Has James started something that will tear apart the family?

Donna finds herself drawn to bad boy Ross, visiting the garage to organise him shifting the stolen goods but the two find themselves kissing once more, only to be nearly caught by Cain. Later, Ross walks into the pub and Donna warns him not to do anything with the gear as the police are now looking for it. Not one to follow the rules, Ross arranges to meet with a buyer but could his cockiness land him in trouble?

Val’s ecstatic as she works her way through all the fan mail but her face drops when she opens the Decree Nisi. Pollard doesn’t seem bothered by it and she is convinced he is trawling Internet dating sites. Val confesses her concerns to Diane who finds out what Pollard is really up to! He is going to surprise Val as he is setting up The Valerie Pollard foundation and is currently looking for fundraising ideas.

Jealous Dan is suspicious Laurent is milking his injuries. On finding him and Kerry looking cosy, Kerry assures him Laurent is gay however Dan is less than convinced. Diane prepares for her holiday to Spain with Debbie, Cain gives her 500 euros for her and the kids to have a good time. 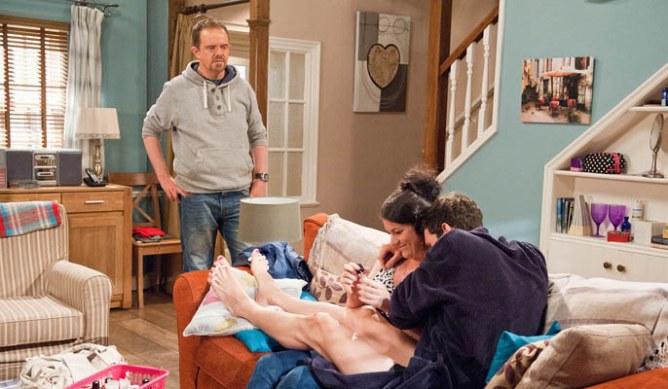