Jimmy has a slight sense of sadness when an unknowing Juliette tells him she will be calling the baby Carl and all she needs is a signature from him to forget him forever. As Juliette leaves, Nicola confronts Jimmy before storming off but when Jimmy catches up with her, will Nicola be taken back by just upset he is? Just how will Jimmy be able to cope saying goodbye to his baby?

Sandy convinces Paddy and Aaron to join him to go and confront Lawrence. Sandy gets Lawrence to confess he is the Lawrence they are looking for but he refuses to agree to meet up with Edna and sends them all away. Later Sandy informs Edna that Lawrence is very much alive but will this news be music to Edna’s ears or will the ghosts of her past come back to haunt her?

Will Leyla give away who her mystery man is when she snaps at David and Jai after seeing Jai buy Megan flowers?

Sam tries to hide his panic when Zak and Lisa inform him they’ve had the bailiffs round. Doug’s taken aback when Laurel tells him her mum’s just got engaged but he seems in good spirits when he tells her he’s meeting up with a fan called Sasha later. 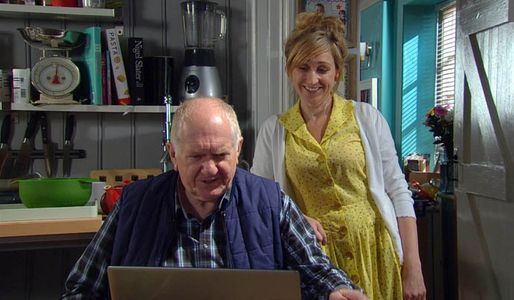