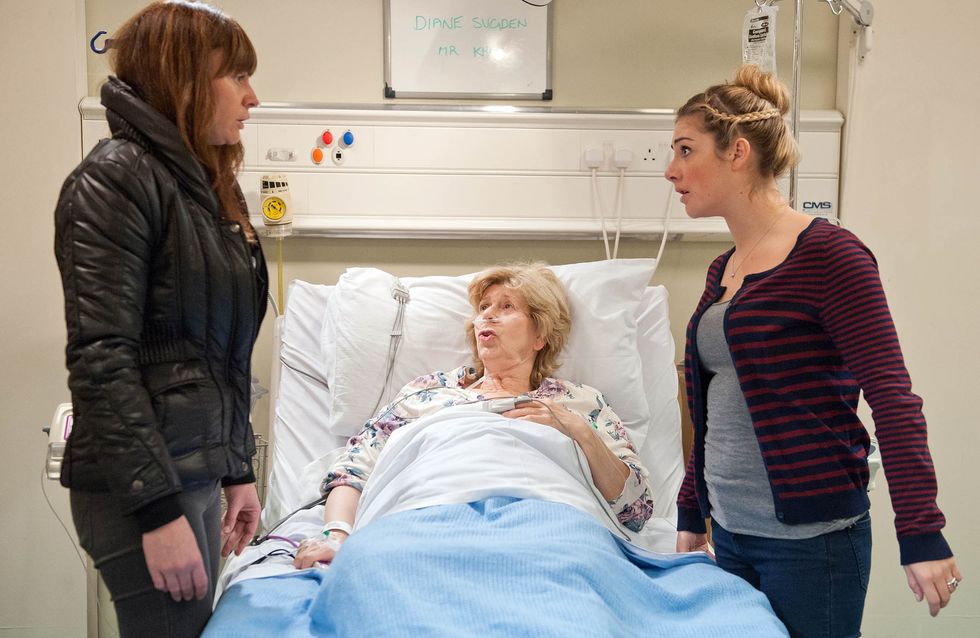 Chas is upset when she overhears Moira telling Aaron about Diane’s situation. Meanwhile, Aaron's very worried someone is after his mother and is determined to find out who, wondering if it could be the same person who shot Robert. Aaron quizzes Robert and soon has reason to suspect he actually knows who his shooter was. Later, Chas goes to see Diane at the hospital, but her appearance upset’s Diane and Victoria kicks her out. Chas is scared and upset as she curls up on her own in the empty farm, whilst Aaron tells Cain he thinks Chas’ stalker could be all in her head. Later when Chas awakes she sees a disturbing sight…

Diane puts up a brave front when she’s given some upsetting news.

Chrissie tells Lawrence that Robert's testimony could sway the jury, oblivious to the fact Lachlan is earwigging. Later, Lachlan asks Robert a heartfelt favour but will it work. Robert soon takes the witness stand but which way will the case go?

Pollard’s still clearly in denial as he continues his dialogue chatting to Val. His boiler is broken and David urges him to get it fixed but wanting to be alone Pollard ignores his advice and seems more interested in Chrissie’s trial. However, Leyla takes matters into her own hands.

David officially opens his shop with some fizz. Adam's chuffed to hear Johnny could be home by Christmas but Vanessa's uneasy over it. Nicola's excited about her surprise night out with Jimmy. 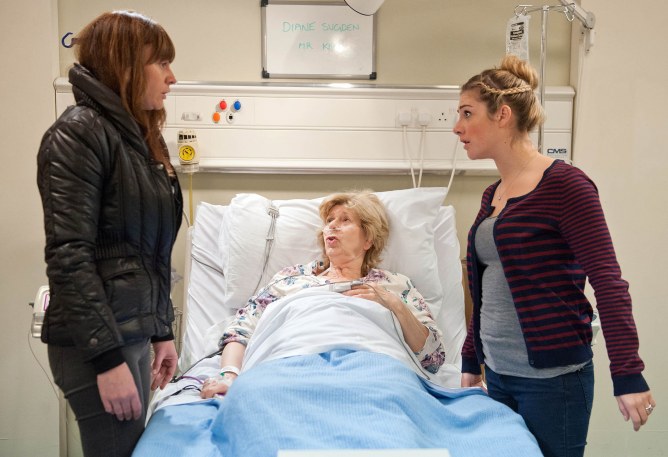