Emmerdale 4/09 - Carly is tracked down but will she help?

Brenda is disappointed to learn Harriet has been lying to her about her progress with tracking down Carly so also sets off to find her. Ashley calls Harriet who's at a market to warn her about Brenda. Brenda arrives but is agog when Harriet spots Carly at a stall and catches up with her. Carly's stopped in her tracks as Brenda says she might never see Bob again if she leaves. Will Brenda be left disappointed by Carly’s reaction? Meanwhile, in his cell, Bob tries to make small talk with Ged and soon is making a very big ask of Harriet.

Vanessa and Kirin decide to go to a networking event in Birmingham, as friends. Priya and Rakesh are concerned to hear they are planning on staying over. Belle hides her disappointment when she hears about their trip. She is soon delighted when Kirin compliments her and tells her he's over Vanessa. Meanwhile, Vanessa has second thoughts when Leyla says she's obviously still in love with Kirin. Will Vanessa change their plans and will Belle’s hopes get raised?

Rodney convinces Jimmy to do something illigal, (for info only not copy - To sell Suzie's jewellery) as he owes it to Nicola to get back on track financially. Amelia and Kerry want to de-stress Dan before his big presentation but Dan's in disbelief when he sees they've accidentally removed his eyebrows. Ashley's finding it difficult to concentrate and Laurel's a little perturbed by his manner. 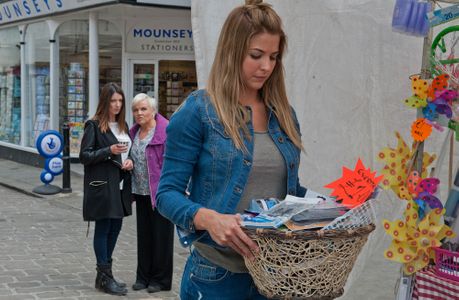