Charity hopes to get away with it as she continues to talk to Declan about Megan. Meanwhile Robbie and Megan are determined to find further proof against Charity and Robbie enlists the help of Tracy. But will it prove a risky move? Where do Tracy’s loyalties lie?

Sam thinks he’s been underpaid but later the true extent of his money concerns are obvious. Will Sam be tempted by an advert for a payday loan company?

Vanessa struggles with her feelings for Kirin, her head telling her one thing but her heart telling another. Leyla suggests a night out will help her move on. But how will Vanessa feel when she sees Kirin with someone else?

Nicola likes how Rakesh takes pride in his appearance and wishes Jimmy did too. She tells Jimmy that whilst she loves him, she doesn’t actually fancy him. Will Jimmy change for his wife? 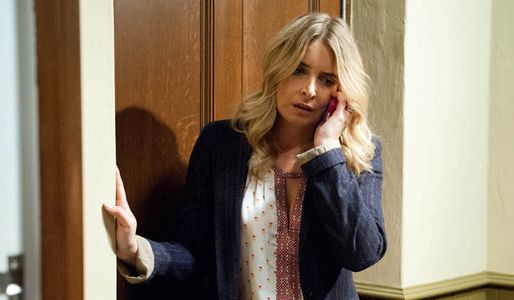