A panicked David and Jai arrive just as Priya and the baby are whisked off and David worries when he realises the baby might be in danger. David assures Priya that she will be a good mum but she is scared and not ready. David nags Priya about eating something as the monitor starts beeping. They are forced to step back as the doctors and nurses rush over. It’s clear the baby is not well.

Charity tells Declan Megan shouldn’t be left alone but he is insistent. Stuck what to do as the clinic have refused to let her collect the second dose of medication for the termination. How will Charity deter Declan and his plans?

Moira is fearful of what James will do next. Dan is honest with Kerry as to why he doesn’t want to marry her but his words have hurt her. 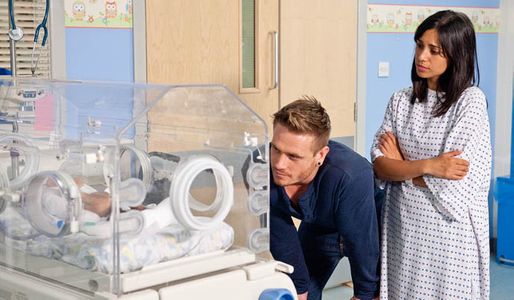