Fidget Spinners Are Being Fashioned Into Nipple Tassels 'Cos 2017

by Helen Turnbull Published on 7 July 2017 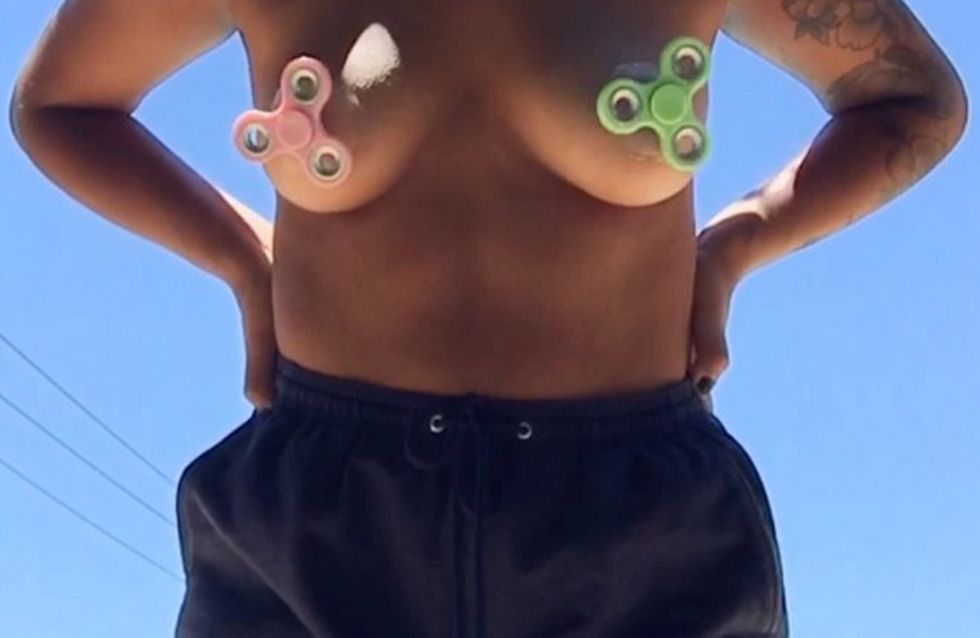 Just when you were thinking the fidget spinner farce was starting to disappear from the face of the earth forever, along comes Carita de Pincel and her questionable idea to fashion the popular kids' toy into nipple tassels - something she's not afraid to admit "absolutely no one asked for".

While we never thought the humble play thing was ever destined to be part of our sex lives, we can't help but be mesmerised by fidgetiddies. They do exactly what they say on the tin - spin on your tiddies. Tell me your boyfriend won't be in a spin when you pull out this party trick.

Carita first introduced the Internet to her inventive genius a few days ago when she shared a video of her spinning tits on Twitter. Unsurprisingly, the tweet blew up with people being equally enchanted and disgusted. The LA graduate did what any self-respecting Twitter user would do - sent sarcy replies to the trolls and provided her new-found fanbase with a step-by-step tutorial on how to make your own DIY fidgetiddies. All you'll need is a set of nipple pasties, velcro circles or adhesive and two fidget spinners. Watch and learn, people...

Will you be trying this at home? Let me know @soFeminineUK

The Disturbing Reason Why Women Are Putting Glitter In Their Vaginas

Glitz and glamour
by the editorial team