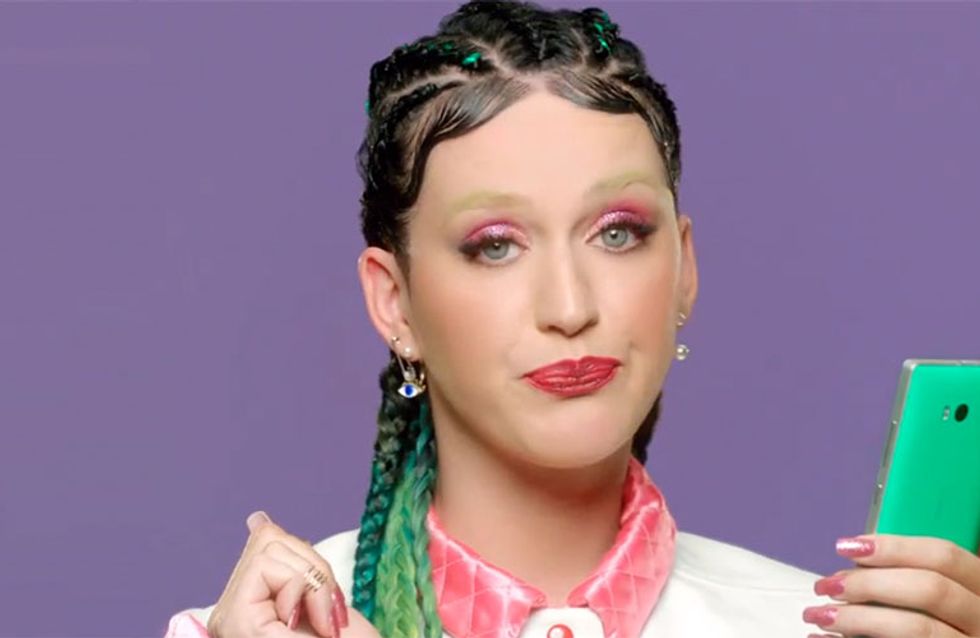 According to Vogue.com, the era of the big booty has begun. Yeah, WUT? The ridicule women of color have historically experienced over the size of their derrieres was completely absent from the tone-deaf article. The fact is mainstream culture and fashion is CONSTANTLY late on trends that are already popular in minority communities.

Here are 10 trends that we women of colour have sported WAY before the mainstream got a hold of 'em!

So Patricia Garcia over at Vogue.com in the US wrote a controversial article on women's booty and pissed off a lot of people, especially women of colour.

She claimed that a "large butt was not something one aspired to, rather something one tried to tame in countless exercise classes." As a black woman, reading for the umpteenth time that big butts are undesirable was hurtful but also typical. Our bodies are constantly hidden or used as examples of what NOT to look like after all.

What angered me the most is Garcia's assumption that NOW, in 2014, we are just realizing how amazing a big booty can be! No, Vogue, it's just that you're suddenly discovering other body types that exist outside the backstage at runway shows. It seems that unless the mainstream deem trends without minority communities as acceptable, they're derided or considered "ghetto chic." From big booty to baby hairs, here are the trends women of colour have been rocking for decades!

Despite large butts being invisible in mainstream culture for decade, women of colour have been proud of their big booties for quite a long time. Sorry you're so late on the other beautiful and voluptuous shapes women come in, Vogue.

Even though Rihanna and Beyonce look dope as hell in grills (as they do in pretty much ANYTHING) and that black, Southern rappers have been wearing them in videos for years, Miley Cyrus, Katy Perry, and Madonna are often given credit for introducing the toothy look to fashion. In what world?!?!

Oh, you mean the single afro puff millions of black girls rocked in elementary school when their parents didn't have time to do their hair that morning?

The deeply religious and cultural significance of bindis within Hinduism in South Asia has been largely ignored by girls wanting to look "cute" at music festivals over the past few years. Who cares what bindi actually means when it makes you look trendy and fashionable!?!?

These huge, unapologetic earrings were worn A LOT in the 80s by black and Latina women. Now they're making a resurgence in high fashion and being re-branded as "ghetto chic" or "urban fabulous." Stop. Please...just stop.

The media showed its ignorance when it took Miley Cyrus "twerking" on Robin Thicke as an alarming example of the new dance trend. Except twerking has been a staple in New Orleans since the early 00s and many people recognize the moves in traditional African dance as well!

Fashion went nuts over the braided hairstyles on Game of Thrones. It inspired many listicles on "bold braids," "pretty plaits" that featured mostly white women in French braids, but women of colour couldn't sit quiet when Marie Claire claimed Kendall Jenner took a well-known braided look in the black community to a "bold" and "new epic level."

If any of those writers walked into a braiding salon in Brooklyn, they'd find UNBELIEVABLY talented braid stylists who could show them what "bold" and "epic" actually looks like.

Several years ago the runways were saturated with "tribal" inspired prints which were jacked from the ubiquitous waxprints seen in African clothing.

Uhh, the gelled down baby hairs look is now being billed as a HOT, trendy hairstyle to try this year thanks to Katy Perry's "This Is How We Do" music video and the DKNY’s Spring 2015 at New York Fashion Week!

But we've seen this look before (and done better) on Missy Elliot, JLo, and Da Brat throughout the 90s...Yes, mostly everyone has an epic battle with their baby hairs at some point, but the gelled look is a style that is unique to black and Latina women.

The athletic tomgirl look is considered a new and daring fashion trend. But cropped logo tees, baggy jeans and sweatpants, Nikes paired with everything...this is not new, people!!!

What other trends have women of colour pioneered? Tweet us @sofeminineUK

25 Stages Black Girls Go Through When Getting Braids