ASOS Have Apparently Ripped Off A Fashion Designer's Leather Jacket 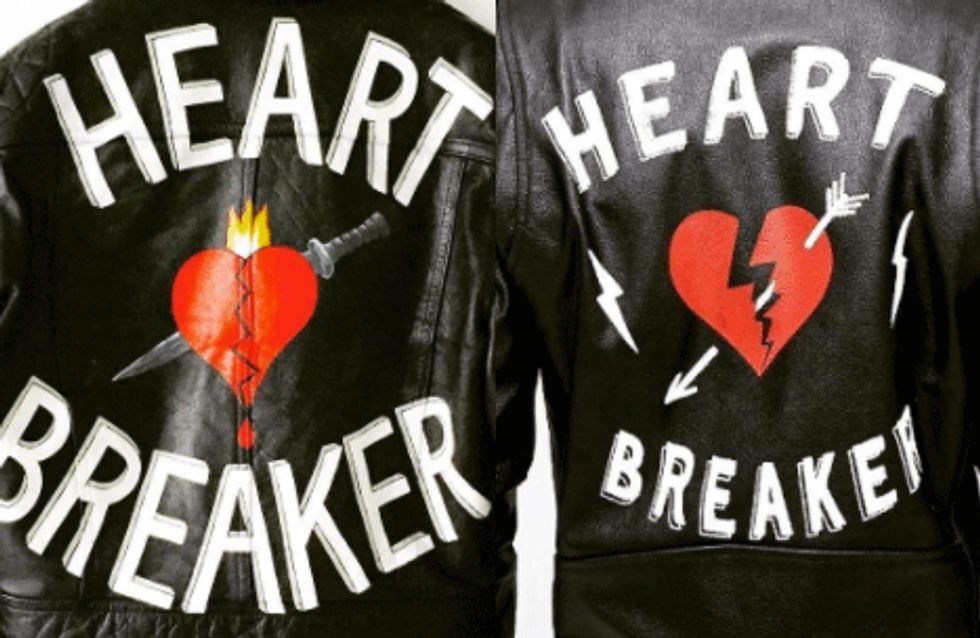 You'd think a fashion brand as big as ASOS would have enough new, innovative designs of their own without having to poach a small designer's work, but clearly not, if their latest leather jacket is anything to go by. The designer behind the jacket in question is speaking up, and she's got A LOT to say about it too. Not cool ASOS, not cool.

We love us some bespoke, statement garms and clearly we're not the only ones. The trend for personalised custom designs on everything from our jeans to our bags went stratospheric last season, and the trend hasn't shown any signs of slowing down since.

No wonder then, that talented designers are jumping on the bandwagon to showcase their skills and make some serious dosh from their talents. Some have even made it past the realms of Etsy and Instagram and hit the big time. Enter Laurie Lee of Laurie Lee Leather for example, an independent clothing designer based in London who is selling her custom leather at retail giant Selfridges. Check out some of her cool work:

But one of her kooky designs in particular has caught the attention of none other than ASOS, who are now being accused of copying her 'heartbreaker' leather jacket design, selling for £599 on her website and at Selfridges. And we have to be honest, their jacket in question is a very, very similar, almost identical version. Awks.

The close comparison hasn't gone unnoticed either, as Laurie Lee has quite rightly hit back at the brand's wrong doing on her Instagram account, posting an image of the two jackets side by side, and captioning it: 'IMA JUST GONNA LEAVE THIS HERE @asos and remind you that I remember you coming to London Fashion Week Designer Showrooms and photographing my stuff - including this very jacket that was on display.'

Clearly seething about the situation, she responded again here, posting another shot of the two jackets together: 'ALSO GONNA LEAVE THIS ONE HERE @asos. Painted this over a year and a half ago. It has featured in @graziauk (thanks so much @pollyvernon) and a few others. Let's see what happens when Asos get back to me today regarding this.'

Stick it to 'em sister. Come on ASOS, you're better than this.

Do you think it's right that Asos are able to do this? Let us know your thoughts @SoFeminineUK