by the editorial team Published on 21 October 2015 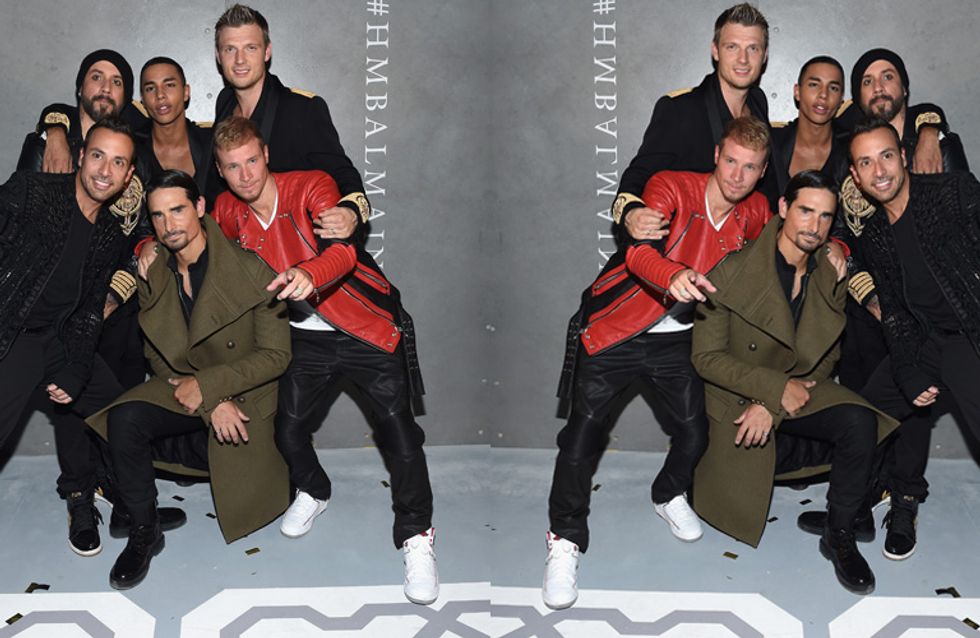 The Backtstreet Boys brought it back to the 90s in a surprise performance at the Balmain show last night and left us drowning in our own inconsolable tears.

The H&M and Balmain's Olivier Rousteing​ show, was less a fashion show and more the best concert ever! After the models, including Kendall Jenner, Gigi Hadid and Karlie Kloss left the catwalk, Backstreet Boys came in and rocked the stage.

The band opened with Backstreet's Back, of course and proved they still got it.

AEFGERFBHWADOAWOFIHEIGFKEW.... Give us a minute while we get ourselves together.

The boys then followed up with some of their classic hits, including “Larger than Life” and “I Want it That Way”

After watching these videos we demand a Backstreet Boys world tour NOW!

How are you feeling about the Backstreet Boys performance? Tweet us @SofeminineUK

Follow us on Instagram!
You might also like
Donatella Versace: the designer, with friends, who revolutionised the fashion world
by the editorial team
The brands that celebrate diversity and break the codes of beauty
by Amy Denman
Kylie Jenner's fashion highlights
by Amy Denman
Lady Diana VS Kate Middleton: the looks in comparison
by the editorial team
Models who break the standards of beauty
by Charlotte Hoddge
The most daring dresses worn at the Golden Globe Awards
by Charlotte Hoddge
Meghan Markles best fashion moments throughout the years
by Charlotte Hoddge
The Emmy Awards 2017: Our Round Up Of The Best Outfits
by Lareese Craig
Winnie Harlow: Model, Activist & All Round Babe
by Lareese Craig
Free The Nipple! The Celebrities Who Love To Go Braless
by Rose Adams