by Pascale Day Published on 8 March 2017 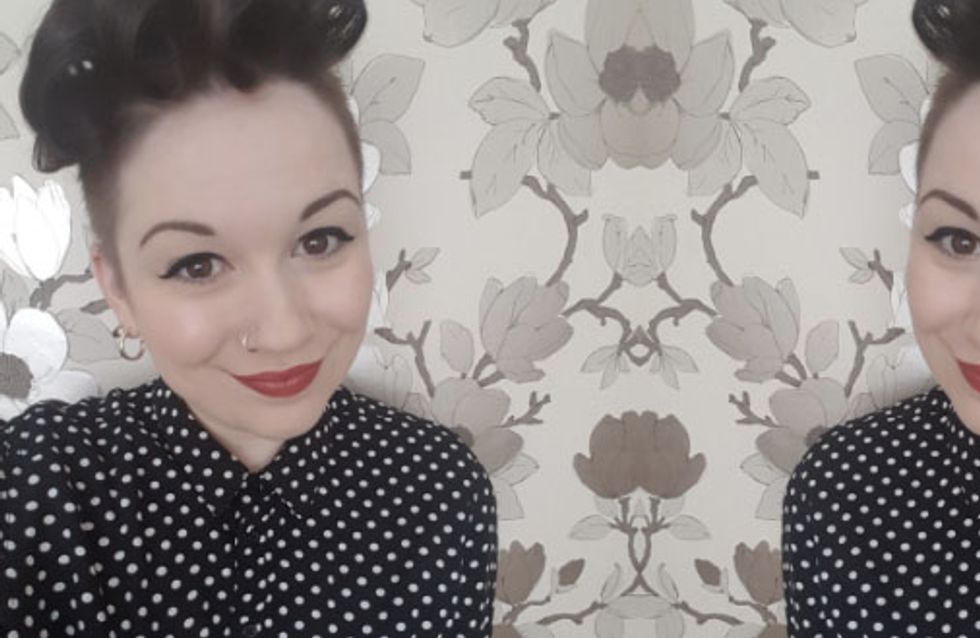 A woman has been turned away from a shop-floor interview at Boots for being dressed inappropriately - the outfit in question? Shirt, skirt and tights. Sigh. Prepare to do some major eye rolling, folks.

Here we are in 2017 when you'd think, in a day and age of liberal feminism, we would have got over telling women what's appropriate to wear. Which is why we think it's kinda sad that Rosie Reilly, 26, was turned away from a trial shift at Boots for being dressed "inappropriately."

What could be so inappropriate, I hear you ask? Was she wearing a bikini? Was she ​sporting one of those halloween props that makes it look like there's a dagger going through your head? Did she have on her "I PREFER SUPERDRUG" t-shirt? No. This is what Rosie wore to her trial shift:

Hi @BootsUK. I wasn't allowed to continue with my interview today because I wasn't dressed "conservatively enough". I thought I looked nice! pic.twitter.com/dB8OerYQND

That's right. A shirt and skirt, with black tights. Rosie told Buzzfeed that she went for an interview at the Richmond branch of Boots, and got through the first part of the interview. But when it came to the second part - which involved being on the shop floor - she wasn't allowed to continue as she wasn't dressed appropriately. "[The interviewer said] you are not really dressed conservatively enough to be seen on the shop floor, so you can come back on Thursday if you like?’” She told the interviewer she could flatten down her hair if that was the problem, but instead “she just looked at me and said I should dress in a ‘conservative way’.”

Rosie said that if an interviewer tells her to cover up her tattoos or remove her piercings because it's company policy, then she doesn't mind, but "at no stage has my appearance hindered me from getting a job … and I’ve had some crazy hair colours and styles. It’s never been a problem.”

Rosie did what any other millennial would do, and shared her story on Twitter - where it promptly got more than 1,500 retweets.

A spokesperson for Boots told the MailOnline: "We're disappointed to hear about the candidate's experience in her interview and we are investigating the matter further."

What do you think about Rosie's interview attire? Not bad at all, right? Let us know! @sofeminineUK

Outfit change
by the editorial team

Bandana bae
by the editorial team

Casual look
by the editorial team

Cream dress
by the editorial team

Bold in black
by the editorial team

Racy
by the editorial team