Size 8 Model Told To 'Slim Down To The Bone'

by Lareese Craig Published on 25 September 2015 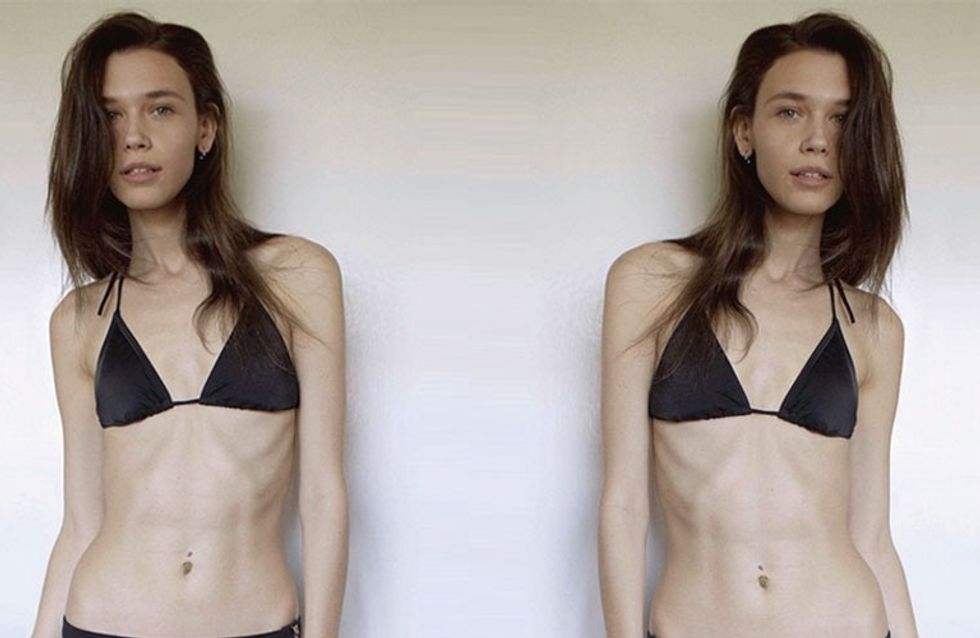 When size 8 model Rosalie Nelson walked into one of the UK's biggest model agencies, she was told she needed to lose weight or to quote what was actually said to her, to slim "down to the bone". WE KNOW. After going back a stone lighter but apparently still not skinny enough, she decided something had to be done to regulate the fashion industry...

A Brit-based model has petitioned for the government to regulate the fashion industry after she was told she had to slim "down to the bone" at a recent casting.

When Rosalie Nelson walked into one of the UK's biggest model agencies she was told she ticked all of the model boxes but one, she needed to lose weight. She was a size 8 FFS. This is far from okay.

She said, "So I did. Four months later I lost nearly a stone, 2 inches off my hips. When I returned to the same agency they told me to lose more weight, they wanted me "down to the bone".

The 23-year-old, whose change.org petition has garnered over 55,000 signatures since last week, is now demanding stricter laws around dangerously thin models on the catwalk.

"Agencies managing and recruiting models have a responsibility to the wellbeing of girls on the catwalk at fashion week, and in the industry as a whole."

Her plea urges the UK to follow in the footsteps of France where earlier this year they made a law banning the use of dangerously underweight models, and we were totally here for it.

"I've been on shoots for up to 10 hours where no food is provided - the underlying message is always that you shouldn't eat," Rosalie adds. This has got to stop.

An investigation has now been launched by the Parliamentary Group on Body Image and Caroline Nokes, who leads the group, will meet with industry officials to discuss ways to tackle the issue.

Nokes told the International Business Times, "This is an industry which has failed over many years to regulate itself, we have repeatedly seen underweight, painfully thin models on the catwalk, and what the APPG will look at if there is a way that this can be regulated."

Miss Nelson has started something. Watch this space.

Do you think the UK needs to clamp down on this issue? Tweet us @sofeminineUK

The Fashion Week Beauty Trends You Can Actually Wear

​The Hottest Trends To Come Out Of London Fashion Week