by Lareese Craig Published on 8 January 2014 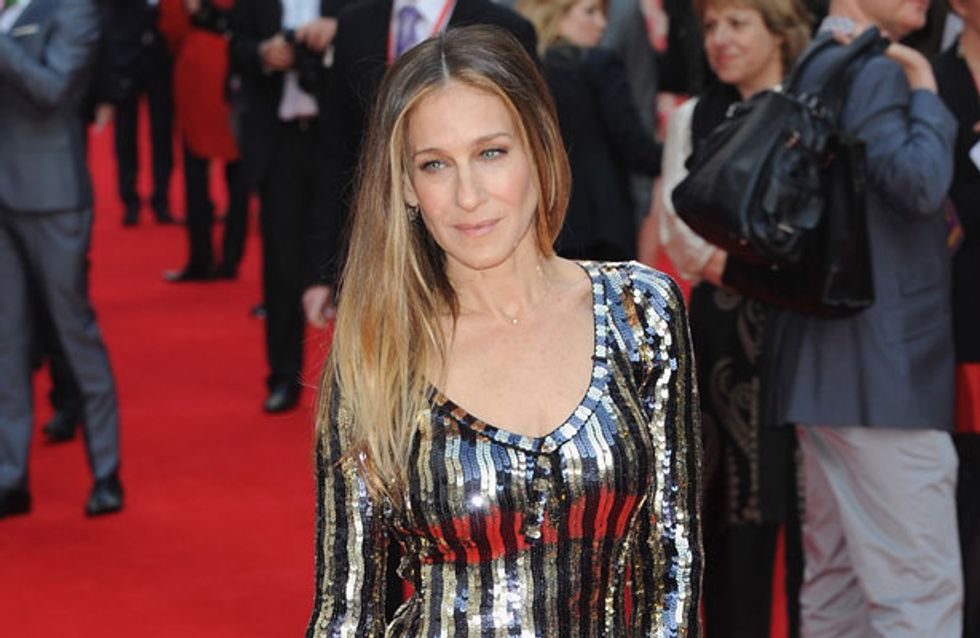 For months shoe-lovers everywhere have been speculating what the Carrie Bradshaw shoe line would look like. Would it be a selection of feminine but flirty blockettes or would it be stacked with strappy SATC heeled sandals? At long last, we can stop dreaming since the first shoe from Sarah Jessica Parker's upcoming collection has landed and it's off to a very fashionable start!

The first shoe of the SJP collection has finally made its debut and it's definitely got the Carrie Bradshaw seal of approval.

Featuring a Mary Jane strap and a classic Fifth Avenue shine, the vintage style middy heel looks like it's walked right out of CB's closet. If only we had a Mr Big style walk-in-wardrobe to match!

In fact, it's identical to the pair of black Manolo Blahnik Mary Janes that Carrie was drooling over in the famed Vogue closet, better known as the 'urban shoe myth' scene in SATC.

Sarah Jessica Parker made the high-heel announcement on the 15th anniversary of SATC - the perfect time to tell the world that the Carrie Bradshaw love affair isn't over just yet.

But the good news didn't end there. This fashion drop isn't just for shoe-aholics, oh no, there's handbags and trenches in the mix too so you can start from the bottom up Sex And The City style.

Talking about her inspiration behind the line Parker told WWD: "We thought [about the metropolitan New York woman]. A beautiful coat, bag and pair of shoes - they all kind of go together. It seemed tight. It didn't seem like we were trying to sell a bunch of junk to people."

A Sarah Jessica Parker shoe collection wouldn't be complete without fancy flats too, after all, every fashionista's feet need a rest from the dizzy heights of stilettos now and again, even if SJP spent 18-20 hours in them on set. Ouch.

True to her character's penchant for expensive shoes these SJP Diana pumps are priced at £222 - maybe it's time to rethink that 'no credit card' resolution.

The full range will launch US department store Nordstrom at the end of February - oh to be in America when that new drop hits.

What's your verdict on the SJP shoe? Tweet us @sofeminineUK

by Lareese Craig
#Essentials
For all the best videos, memes and shareable news!