Half Jeans Are The Latest Fashion Trend We Don't Understand 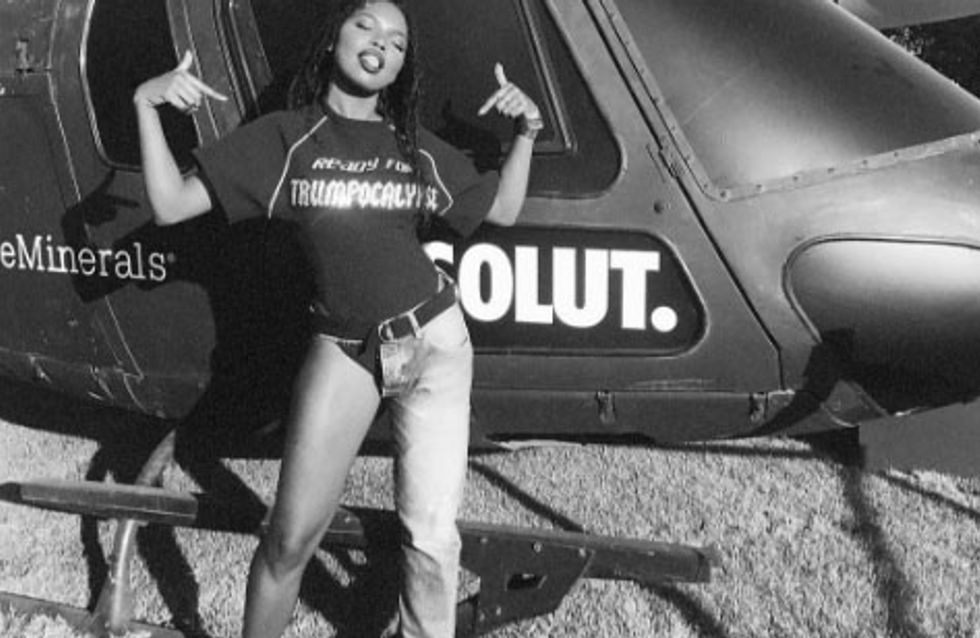 Coachella is a breeding ground for up-and-coming fashion trends, and this year did not disappoint. Besides plenty of celebs opting for a nearly naked look, the standout 'fashun' statement from this year's festival is... half jeans.

Jeans are having a moment, but not in a good way. More like the way your mum's dog humps the sofa cushions when you're all trying to eat Sunday dinner, and she's all like "Ignore the dog, he's having a moment," and you all have to politely pretend not to see Pippin the Chow Chow going at it with a Versailles cushion, staring instead at a lovely bit of roast beef intently and obeying an awkward silence until he gives up and goes outside to take a crap.

That's the kind of moment jeans are having right now. Jeans are balls deep in a mid-life crisis, and we're all trying desperately not to look. First, there was ASOS's knee window jeans. Then, mere days ago, it was the bum zip jeans - a very risky game if you're fond of going commando - and now, now this:

The next big trend, according to Coachella, is half jeans. Half jeans are exactly what they say on the tin: It's half a pair of jeans. It's like the jeans that you're wearing right now, but just half of them. It's like taking your jeans off, cutting them in half, putting one half back on and throwing the other half in the bin. It's like, if you left a pair of jeans in Willy Wonka's office, and came back to get them the next day, only he'd altered them to suit his office, and now they are just half a pair of jeans.

I'm going to say it one last time: It is half a pair of jeans. ​

The woman who triumphed this look - and probably the only person in the world to look cool in an outfit so weird - is US singer Ryan Destiny. We kind of understand how this outfit would be accepted with open arms at Coachella - I once wore a bin liner tucked into shorts at Reading Festival and no one batted an eyelid - but I really feel this outfit wouldn't translate well in the outside world. Imagine walking into your Monday meeting wearing these and trying to act natural - your workmates would be calling an intervention quicker than you could say "I only shaved one leg." Let's just hope Ryan only paid half price for this crime against denim.

Would you rock the one-leg jeans? Let us know! @sofeminineUK