Harry Potter Lingerie Is Here For You To Slytherin To 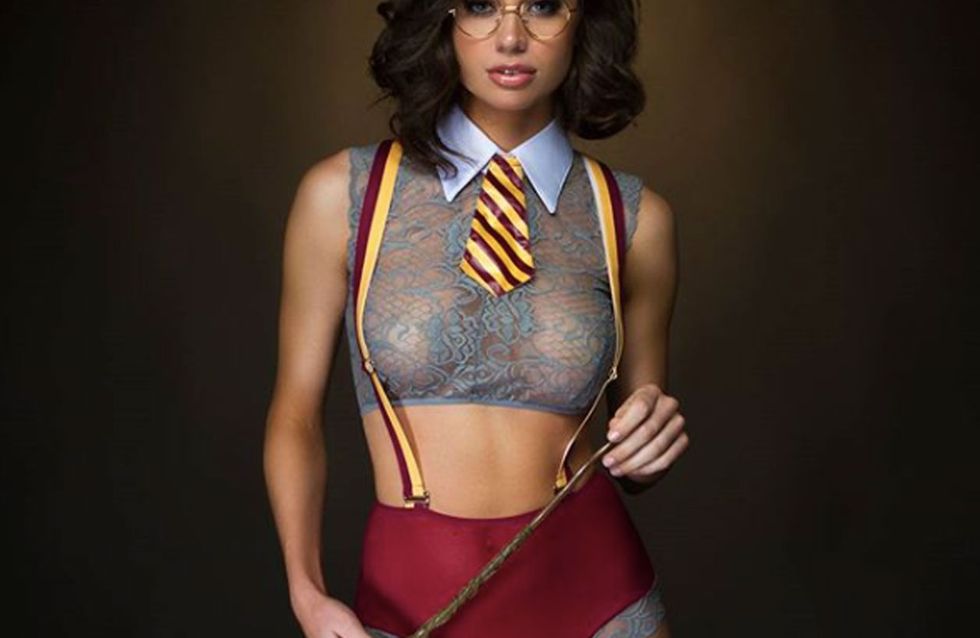 Die-hard Harry Potter fans listen up because this saucy set is right up your Diagon Alley. If you're stuck for ideas on your next fancy dress costume, look no further than the Magical Student Fantasy Lingerie Costume which is guaranteed to leave everyone spellbound - the jury's out on whether that's for the wrong or right reasons though.

Yep you heard right, Harry Potter lingerie now exists and it's definitely not safe for work (or Hogwarts lessons for that matter). Guaranteed to excite your inner Gryffindor geek, this new set is so raunchy it would turn Ron Weasley's cheeks as red as his hair no question about it.

Currently being sold by fancy dress retailer Yandys, the 'Magical Student Fantasy Lingerie Costume' comes in Gryffindor's house colours of burgundy and grey, complete with a sheer, lacy bralet and striped braces to hide your nips.

The online retailer, better known for its adult Halloween costumes, has had a mixed reaction from the Internet for its magical bedroom creation, ranging along the lines of 'WTF make it stop' to 'I need this in my life right now'.

If we date you are wearing this Harry Potter Lingerie.. pic.twitter.com/Leb5w5LSv9

Whichever camp you're in, one thing is for sure is this set is bound to get wands wagging!

Do you think this racy set is a do or a don't? Let us know @soFeminineUK

Are These Backless Pants The Worst Thing To Happen To Our Butts?

The Shibue: The Underwear That's Smaller Than A C-String But Every Bit As Horrendous

Rose Adams
…
1 593 shares
For all the best videos, memes and shareable news!