Kylie Jenner Slammed For Using A Wheelchair As A Fashion Statement

by Lareese Craig Published on 2 December 2015 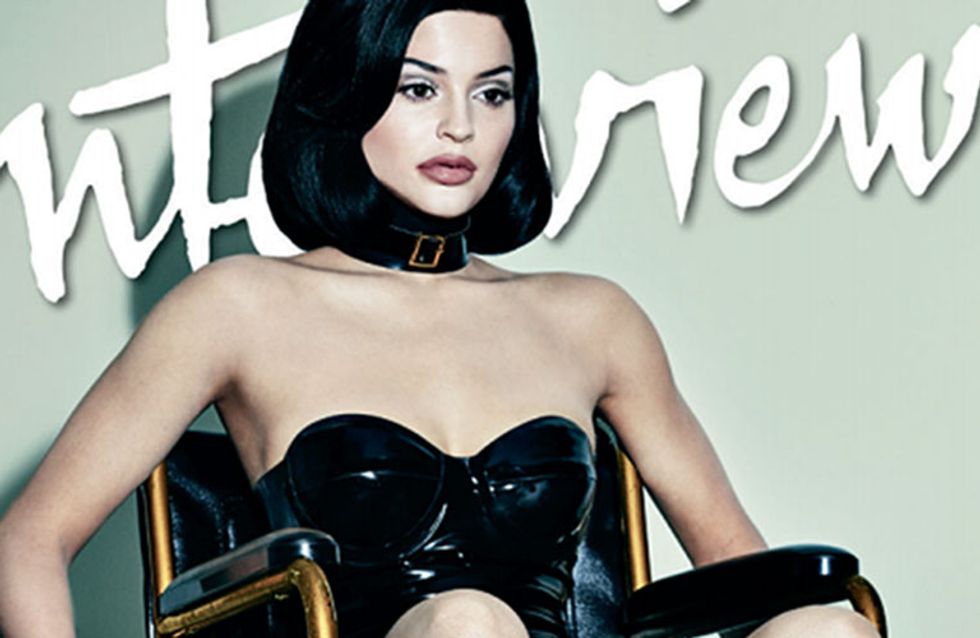 Butt-bearing latex, plastic doll vibes and... a wheelchair? Kylie Jenner's brand spanking new Interview magazine cover is breaking the internet but for all the wrong reasons.

Kylie Jenner's questionable photoshoot for Interview magazine has sparked outrage on social media and quite frankly, we're not surprised.

Obviously, Twitter erupted with people keen to share their outrage for glamorising disability and dressing it up as a fashion statement.

Oh! And #KylieJenner in a WHEELCHAIR is disgusting! She's a blow up doll. We GET IT! That's ALL your fam is good for. #ugh

All I see is a fake-looking girl in an expensive wheelchair reminding us that she is able. #KylieJenner #Ableism https://t.co/mwHQesA6IC

A wheelchair was never meant to be a fashion statement. Ignorance at it's best! #KylieJenner #Idiot

#KylieJenner can ride that wheelchair right off a cliff. #TheAbleistScript

@KylieJenner wow being in a wheelchair is so fun and fashionable! #Ableism is the ultimate fashion statement! pic.twitter.com/lOScQnODhy

The magazine defended its decision to feature Kylie posing in a wheelchair for their December/January issue because it explores the way she is both objectified by media scrutiny.

"At Interview, we are proud of our tradition of working with great artists and empowering them to realise their distinct and often bold visions," a spokesperson told The Independent.

"The Kylie Jenner cover by Steven Klein, which references the British artist Allen Jones, is a part of this tradition, placing Kylie in a variety of positions of power and control and exploring her image as an object of vast media scrutiny."

What are your thoughts? Is it a creative nod to the crippling fame Kylie's been subject to? Or just plain ignorant? Tweet us @sofeminineUK

Sign up to get involved!
You might also like
Donatella Versace: the designer, with friends, who revolutionised the fashion world
by the editorial team
The brands that celebrate diversity and break the codes of beauty
by Amy Denman
Kylie Jenner's fashion highlights
by Amy Denman
Models who break the standards of beauty
by Charlotte Hoddge
The most daring dresses worn at the Golden Globe Awards
by Charlotte Hoddge
Meghan Markles best fashion moments throughout the years
by Charlotte Hoddge
Winnie Harlow: Model, Activist & All Round Babe
by Lareese Craig
No Knickers, No Problem: Celebrities Not Wearing Underwear
by Helen Turnbull
Free The Nipple! The Celebrities Who Love To Go Braless
by Rose Adams
Little Mix Style Evolution
by Rose Adams