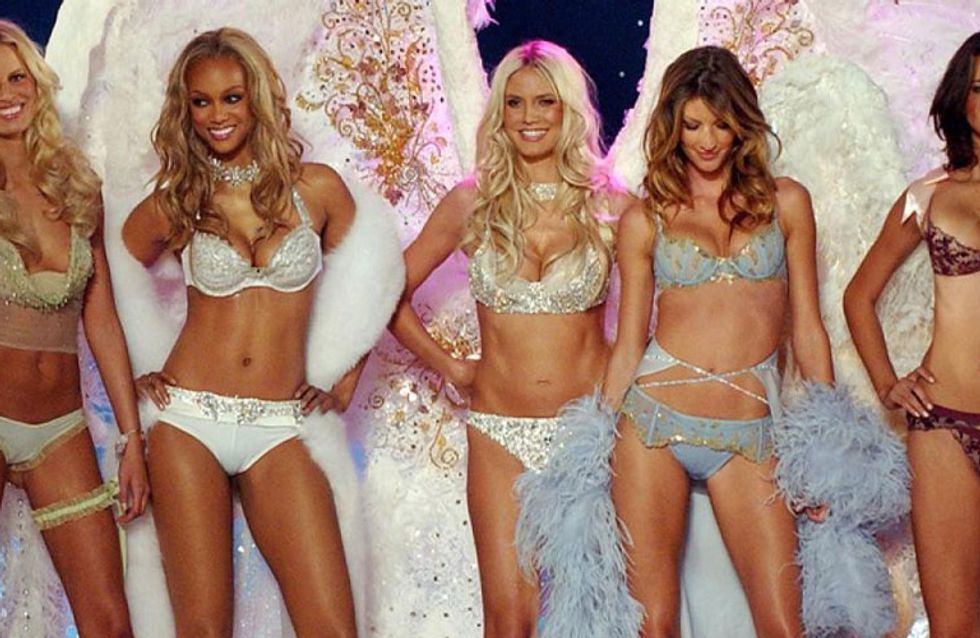 Wearing a bra was fun when you were 14 because, well, you finally had hooters! Woohoo. But now we're just SO over it. The back fat, the digs, the third boob situation - we've had it with all of them. Here's to being young, free and braless because wearing a boulder holder absolutely sucks.

Boobs are great but bras. Eugh. Where do we start? Sure, they offer us endless support and sometimes they even bless us with a cleavage, but the rest of the time they just plain suck. Here's 20 reasons we'd rather live a braless life.

Kudos to you if you can put it straight on without turning it around to look at the hooks.

2. The straps get twisted

Why is it so hard to work out where the kink is coming from? You try your best to straighten them out but that little buckle just twists them right up again.

Hand wash? Absolutely no chance. We're gonna bung them right on in with the rest of the load because we'd rather have lumpy tits than be scrubbing in the sink all night long #lifestooshort

Girls don't shop for what they need. They shop for what they want. We need nude bras and we need white bras which is exactly why we don't own any. Something about them repulses us. They're boring, they don't stay the right colour for very long and they sure don't make us feel sexy. Lacy, racy boudoir lingerie - we'll always have time for that!

Your rampant rabbit doesn't care if you're wearing a lumpy nude bra an a purple primark thong....it still would.

Side note: God bless the rabbit.

They do you absolutely no favours. Your nipples are hot, your boobs are as flat as a pancake and your cleavage, well that’s pretty much dissolved in all the sweatiness. Sometimes we even wear a bra under our sports bras just as a reminder that we’ve definitely gone through puberty.

6. They cost the earth

These days you’ll need to save up a week’s wages before you go splurging on balconies and push ups. And matching sets? Forget it.

There’s nothing that makes you feel quite as repulsive as when your cotton top clings to your back fat. That stuff has a mind of its own. There’s nothing to stop it from spilling out under your armpits and forming unnecessary bulges where you least expect them. Not even a lose bra strap and the third hook and eye can save you.

Absolutely not. Vom. You’d rather wear a child’s vest than those fugly things.

Bras just don’t stay put throughout the day so you have to tug and pull the cups back over your bangers to keep them contained. Meanwhile that creepy man in the corner is loving every minute.

10. You never know your true size

Ok, so you’ve taken the time to go and get measured up but Primark doesn’t have any 30Ds so you’ll just buy your 'normal' size. Every single time.

They just don’t go together and who can blame them. There’s the hooks, the straps, the padding and before you know it the moment’s ruined. They’ve just had to manoeuvre your back cleavage.

Among all those sexy bras there’s a worn and torn t-shirt bra that we kinda live in. Pretty much every day. It’s comfy ok! #ruiningthedream

13.Your friend has to loosen you up

There’s no way you can adjust your straps once you’re fully clothed. Instead you have to stick your top over your head and recruit a strap loosen-er upper.

It's massively overrated. No one explains the bit where the stitching comes away and the padding (which was supposed to be inside the bra) is now perching on your shoulder. And no you’re not at home when this happens. You're on the dance aren't you?

As if a back cleavage wasn’t sexy enough, we’ve got to wrestle with red markings and a tender ribcage too.

Hate the fact that my shoulders burn, they're red raw and have bra strap marks..niceee

We know. We were supposed to hand wash them. Instead we have a whole lot of boob texture going on.

Try as you will to poke it back in again that thing will reappear and stab you.

Socks worked fine why did they have to bring poultry into it? If the fiddly bra business doesn’t kill the romance the chicken fillet fling sure will.

Yeah, this party trick only works with sleeveless tops. Sleeveless.

And it feels better than sex.

Are you hating on your bras? Tweet us @sofeminineUK!