The Best Dressed At The 2014 British Fashion Awards

by Cliche Wynter Published on 2 December 2014 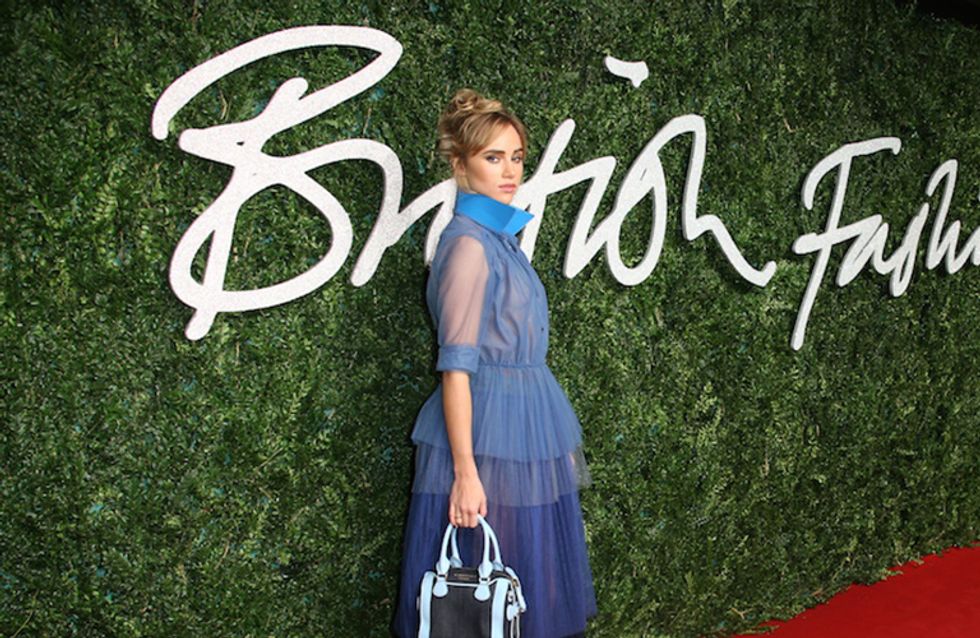 The whose who of the fashion set got all dolled up for a glitzy night out in London. The occasion? The 2014 British Fashion Awards. Here's a rundown of the hottest looks of the evening!

Of course when you have an event entirely dedicated to fashion everyone's style is ON POINT. What would be the sense in leaving the house otherwise? Stars, models, and designers alike brought out their best looks for a fun evening out in London. It was all to celebrate the 2014 British Fashion Awards; and yes, they all celebrated by being impeccably dressed.

Here are some of our fave looks.

RiRi doesn't take her fashion icon status lightly! She turned heads in a plunging velvet Stella McCartney look that she completed with a bun and fresh makeup.

We've been crushing on Ashley Madekwe for YEARS and this white on white Banana Republic ensemble further proves why she's one to watch on the carpet. Yes, girlfriend is a wearing custom Banana Republic suit and making it look like a billion bucks. Taking notes?

Round of applause, please.

Not only was Ms. Rita Ora decked out in Tom Ford's Spring 2015 collection, she showed up with the designer himself on her arm. BAWSE.

Proving that less can be so so much more, Anna Kendrick did her thing in a strapless pink Victoria Beckham frock.

A punch of vibrant hues is always a breath of fresh air at these events. Suki Waterhouse nailed it in this Burberry Prorsum Spring 2015 blue dream. We probably would have opted for a more delicate purse in this case, but we're still digging it!

The black and white jumpsuit was a noticeably subdued look for model of the moment Kendall Jenner. We're used to her really making a splash, but she looks great nevertheless.

Could Joan Smalls be any hotter in her Tom Ford LBD? We're guessing absolutely not.

The Queen Bee of fashion and her daughter were as cute as could be. We're totally on board with Bee Shaffer's golden Alexander McQueen dress. Anna went with John Galliano for Maison Martin Margiela for the occasion.

Just look at them. Soak in all their glory! Naturally VB was clad in her own designs.

Who was best dressed? Tweet us your fave look @sofeminineUK!

How To Dress Classy, Modern, And Youthful ALL At Once

24 Days Of Festive Treats From Topshop