by Lareese Craig Published on 20 December 2013 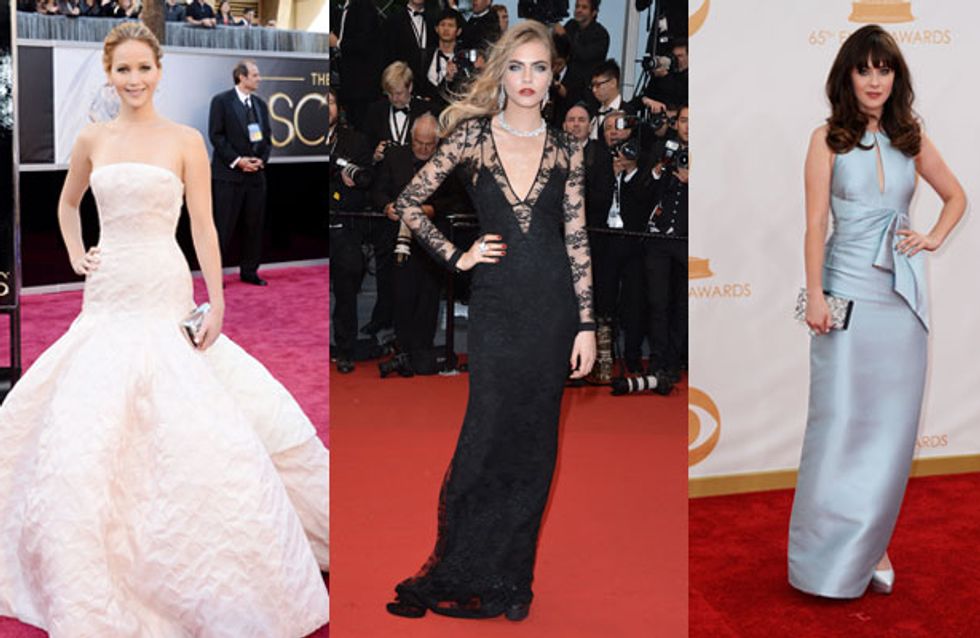 What a year it's been for the celebrity wardrobe! From the MTV Movie Awards to The Met Ball, 2013 has seen some seriously stylish outfits and we're about to round-up the best dressed of the lot. Need some glitzy Christmas outfit inspiration? Then you've landed in the right place - these A-listers are as glamorous as they come...

With all the major red carpet events and award shows behind us we can take a fond look back at this year's most fashionable celebs.

It makes you wonder how these A-listers find the time to do anything else when there's showbiz soiree invites coming thick and fast, but somehow they up the ante for every occasion.

From the Brit Awards to the Golden Globes and Cannes Film Festival, there's plenty of uber glamorous fashspiration to take well into the New Year.

Starting with Cara Delevingne working the red carpet at Cannes Film Festival. Bedecked with a charming Chopard necklace, she donned a plunging black Burberry number for the event - the LBD never disappoints.

Jennifer Lawrence gave us yet another reason to love her when she had an unfortunate fall in her delicate Dior couture gown at the Oscars.

As if we didn't already have a serious girl crush on her, the figure-hugging frock was all kinds of perfect, fitted at the top and flared at the bottom. But the voluminous Raf Simmons design caused her to trip (albeit in a very lady-like manner) as she accepted her award and the rest is history. J-Law we salute you.

It's not often we see Rihanna playing cover up so the demure custom Azzedine Alaïa gown she dished out for the Grammys took us all by surprise.

Her dreamy, sophisticated tresses (one of her many hair transformations) teamed with the scarlet show-stopper made it one seriously hot-to-watch event.

Then there was the Glamour Awards 2013. Need we go on? Well, everyone from The Saturdays to Victoria Beckham and Rita Ora RSPV'd and boy did they make it a date to remember. There were shimmering sequins, statement necklines, feminine fuchsia garb and tomboy charm. And breathe.

There's plenty more where that came from. Check out the best dressed celebs 2013 right here!

Who do you think was the best dressed celeb of 2013? Tweet us @sofeminineUK 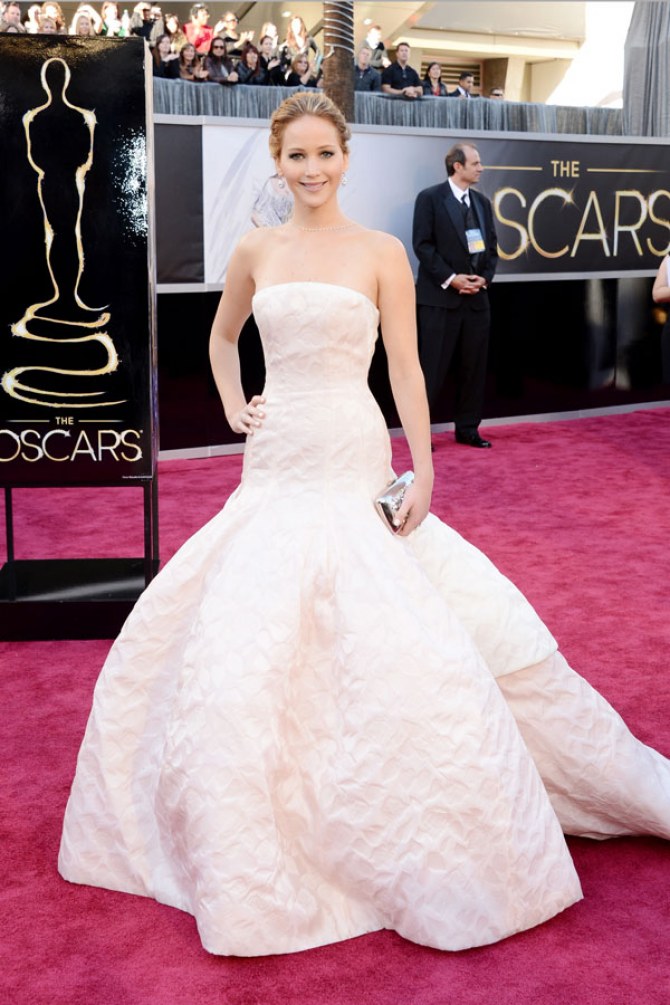 Follow us on Pinterest!
You might also like
Donatella Versace: the designer, with friends, who revolutionised the fashion world
by the editorial team
The brands that celebrate diversity and break the codes of beauty
by Amy Denman
Kylie Jenner's fashion highlights
by Amy Denman
Victoria Beckham's best looks: copy the style of the 'Posh Spice'
by the editorial team
Iconic Oscar dresses from the year you were born
by Charlotte Hoddge
The most daring dresses worn at the Golden Globe Awards
by Charlotte Hoddge
Christmas gifts: unique presents for everyone
by Charlotte Hoddge
Meghan Markles best fashion moments throughout the years
by Charlotte Hoddge
The Emmy Awards 2017: Our Round Up Of The Best Outfits
by Lareese Craig
Jennifer Lawrence Style: Her Best Outfits To Date
by Lareese Craig