Home / Fashion / Fashion News / The Countdown Has Begun! What We're Looking Forward To At LFW AW14

The Countdown Has Begun! What We're Looking Forward To At LFW AW14

by Lareese Craig Published on 13 February 2014 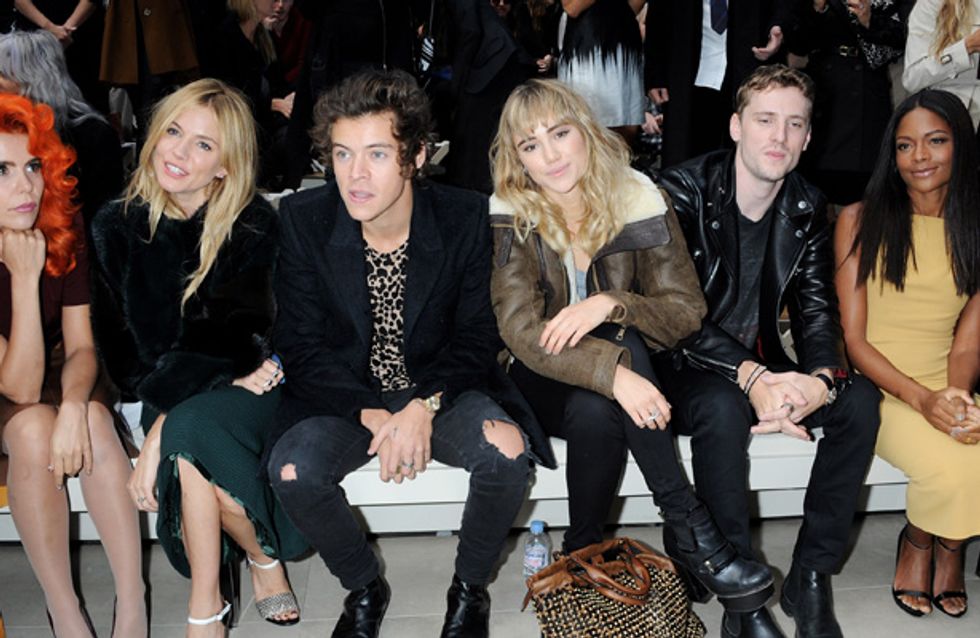 Tomorrow doesn't just mark the most romantic day of the year (red roses and teddies welcome) it's also the start of London Fashion Week and another season of catwalk cool to lust over! From Cara's facial stunts and Harry Style's awesomeness to the most outlandish outfits, here's what we're looking forward to the most at LFW AW14...

At number one it's Topshop

Boy does this brand makes us proud to be British. Last season Sir Philip Green was all over the faux grass runway but what will he come up with next? Snow? Autumn leaves?

It wouldn't be LFW without our Vivienne Westwood and her amazing makeup tekkers. Just bitten lips, clowns, corpses, glitter foundation. She's done it all.

One day we'll get put on the front row alongside Harry Styles and his army of fashion maestros. In the meantime, Suki Waterhouse, Paloma Faith, Sienna Miller we can adore you from afar.

How does Britain's number one super deal with her non-stop catwalk schedule? She pulls faces. Lots of them.

Most people hide out in their sunglasses, some people go Gaga with a huge floral garland/space helmet on their head. Who are we to judge?

It's not enough to reinvent your look each season. if you're a serious fashionista you have to reinvent your vocab too. Last season bought flatforms and frows but we're pretty sure AW14 can top that.

No one bats an eyelid at a nipple slip or a celebrity oops moment on the catwalk but FEMEN are pretty hard to ignore. Security at the ready..

We might be a tad biased but LFW is the best. Last year someone turned up in an actual dress made of actual lego. Like, hello!

Harry, Harper Seven or just plain haute couture? What are you looking forward to at LFW? Tweet us @sofeminineUK