The Inspiring Women Changing The Face Of Fashion Forever 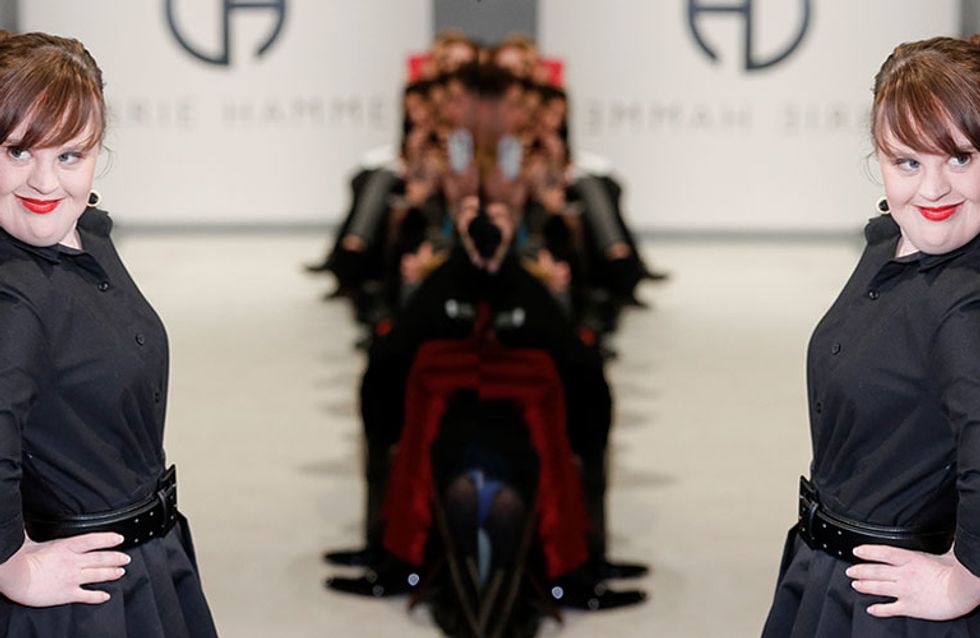 Cue the real heroes of haute couture. These inspiring ladies are owning the runway and they're not about to let their individuality hold them back. This is a definitive ranking of the incredible women changing the fashion industry on and off the catwalk.

Transgender, plus-size, vitiligo - whatever it is that makes these gals different from the Naomi Campbells of the world is slowly turning the industry's definition of beauty well and truly on its head. And it's about time too!

Between them, they're paving the way for diversity in fashion one stride at a time and we've got SO much time for that. Here's to the new wave of models moving the runway goalposts and redefining beauty forever.

If you haven't already heard her name, where have you been for the past year? Last February, the 21-year-old former America's Next Top Model contestant walked in the Desigual's Fall 2015 show and has sent the fashion industry into a frenzy ever since. Despite suffering with vitiligo since she was four years old, a chronic disease which causes loss of pigment in skin, she's gone on to book numerous fashion campaigns and feature in Sia's music video.

Recently she defended her fans when they were criticised for using makeup to emulate the model. She took to Instagram to tell people exactly where she stood on the debate.

"My response to this is probably not what a lot of people want but here it goes: every time someone wants fuller lips, or a bigger bum, or curly hair, or braids does [sic ]Not mean our culture is being stolen. Have you ever stop to realize these things used to be ridiculed and now they're loved and lusted over. No one wants to "steal" our look here. We've just stood so confidently in our own nappy hair and du-rags and big asses (or in this case, my skin) that now those who don't have it love and lust after it.

"Just because a black girl wears blue contacts and long weave doesn't mean she wants to be white and just because a white girl wears braids and gets lip injection doesn't mean she wants to be black. The amount of mixed races in this world is living proof that we don't want to be each other we've just gained a national love for each other. Why can't we embrace that feeling of love? Why do we have to make it a hate crime? In a time when so much negative [sic] is happening, please don't accuse those who are showing love and appreciation, of being hateful. It is very clear to me when someone is showing love and I appreciate these people recreating, loving and broadcasting something to the world that once upon a time I cried myself to sleep over #1LOVE."

See, she's so easy to love.

Having Down's Syndrome was never gonna stop this 18-year-old from realising a career in modelling. Ever since her beautiful photos went viral on Facebook, Madeline's been inspiring thousands of others to achieve their dreams with with her social media posts and this season she'll be hitting the FTL Moda catwalk show at NYFW- we cannot wait to see her in action.

Proving that a roll down the runway is the new strut, FTL Moda handed their AW15 show at NYFW over to disabled models from all over the world. Named FTL Loving You, the show was held in collaboration with Fondazione Vertical- an Italian foundation supporting research to find a cure for spinal cord injuries.

In February of this year, the inspiring American Horror Story star was the first Down's Syndrome model to walk at NYFW. She owned the runway at the Carrie Hammer show as part of her Role Models Not Runway Models campaign!

On inspiring change in the fashion industry to include models with disabilities, the 30-year-old actress said, "Young girls and even young women… [see me] and say: 'Hey, if she can do it so can I' it’s a true inspiration being a role model for any young women to [encourage them] in being who they are and showing who they are."

Miss Bidot was the only fully-figured model to walk in the Serena Williams NYFW SS15 show. As well as representing women of all shapes and sizes on the catwalk, she's also featured in Curves, an art photography book about the beauty of all body shapes and fronted the the 'Beach body not sorry' campaign for Swimsuitsforall.

She's doing it for the curvy revolution and we're right there with her!

She has cheekbones to die for, she's featured in Vogue and she's on a mission to redefine gender stereotypes one runway at a time. With her androgynous looks, Rain often walks for both menswear and womenswear shows at fashion week and uses her modelling career as a form of activism.


"Women shouldn't have to step into men's roles to be empowered. That's what I try to bring, that we shouldn't be thinking of it as menswear or womenswear it should be clothing for people. And that is geared towards anatomical values but not exclusive." Not just your typical model hey.

Mercado has muscular dystrophy but that didn't stop her from starring in campaigns for Diesel and Nordstrom and more recently getting signed at iconic modelling agency IMG, the same agency that represents Gigi Hadid and Gisele. The fashion blogger turned model doesn't let her inability to walk stop her from loving her body, she's too busy focusing on what she can do than what she can't.

After gaining international recognition for her androgynous beauty, Andreja has walked for both men's and women's shows for Jean Paul Gaultier. Formally known as Andrej, the 23-year-old model made history earlier this year when she underwent gender reassignment surgery and became the first transgender model to appear in American Vogue. High five to that.

Are you getting excited to see what the designers do for diversity this season? Tweet us @sofeminineUK

10 Of The Best Fashion Trends For Autumn/Winter 2015

by Lareese Craig 580 shares
For all the best videos, memes and shareable news!