15 Signs His Ex-girlfriend Wants Him Back 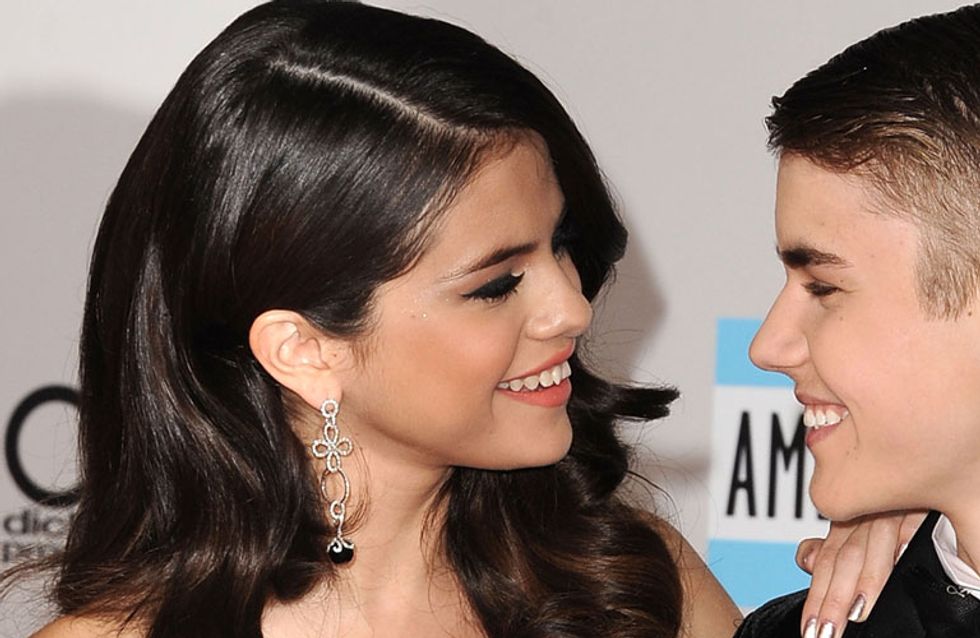 Have you ever dated a man you're madly in love with and BOOM, his ex appears back on the scene out of nowhere? Sometimes she genuinely comes in peace. But other times? She has a secret agenda (i.e. she's trying to hook up with your man). So how do you tell if she's harmless or not? We've got you covered! Here are 15 signs that prove his ex wants him back.

Do you have a case of the ex on your hands? You know, moments when his former flame meddles her way into your relationship only to rock the boat. We know that feeling all too well (FYI: it's a pain in the ass).

Don't get us wrong, sometimes an ex girlfriend poses zero threat (hey, she IS an ex for a reason). Yet, the realist in us knows there are women who get so hung up on an old boyfriend, they have no shame in pursuing him all over again. New girlfriend be damned.

Not sure if you should be worrying about his ex? Here are 15 signs she might want him back.

She always wants to hang out with him

At BEST, we can understand if she wants to grab coffee to catch up (and even that's pushing it). But when she's trying to see him every single Friday for dinner and drinks, we definitely have to raise an eyebrow.

Girl, where are your friends? Where is YOUR boyfriend?

She's in constant communication with him...

...especially if she knows that gets under your skin. She's all over his social media, she hangs out in his inbox, and lives in his text messages.

She calls and texts at late hours

She'll call or text him at hours that are usually reserved for you. A 1 am "hey, what are you up to?" is nothing but trouble. He should be either 1. Sleeping or 2. Conversing with YOU.

She hits him up when she knows you two are fighting

The moment she sees both of you sending out subliminal tweets, she takes it as her cue to swoop in. Of course! It's the perfect opportunity to be the shoulder to cry on (yes, men DO cry).

Take it from us, be mindful of Super Homewrecker always coming to his rescue.

She can't take a hint

Even after your boyfriend has made it abundantly clear that he doesn't want her in his life, she STILL manages to check in with him every now and then. This psycho chick cannot take the hint: he's moved on to bigger and better things!

"Remember that time we got into that really nasty argument, then we went back to my place and had really wild, steamy, passionate sex? LOL, fun times, right?" Wrong. Dead wrong.

She says nasty things about you

She criticizes the way you look, the way you dress, and even has the audacity to claim you're not a good girlfriend. An ex that's strictly aiming to be platonic has nothing to gain from talking bad about you. An ex with an agenda? That's a different story.

She let's him know they have unresolved issues

She needs to take that up with a therapist. We can recommend a few...

She still posts pictures of them

There isn't a #TBT that passes without her sharing an old flick of them cuddled up. The worst part? She'll caption it with something like "The good old days with the #BFF" BFF? BFF?!!!!

She flirts with him regularly

She makes it her business to let him know she sees all the progress he has made in the gym, tells him how handsome he is, and that his dimple really turns her on. Yeah, yeah, yeah, you know how hot he is. Hello, that's why we're with him! JK... Kinda.

She sends him thirst trap pictures

Naturally the picture is topped off with, "Got a new phone case. You like?"

She has his mum on speed dial...

...And she's always hounding her for a mani/pedi date (as if you don't already have this covered).

Ugh! Why is this chick still around?

She forces a friendship with his friends

Even after they let her know they have no interest in hanging out, she still sends them annoying group texts and Facebook invites. She seriously doesn't get it, so we'll make it clear.

She tells him she's still in love with him

Do you think your boyfriend's ex secretly wants him back? Tweet us @sofeminineUK

Why Is He Distant? The Real Reasons Men Pull Away