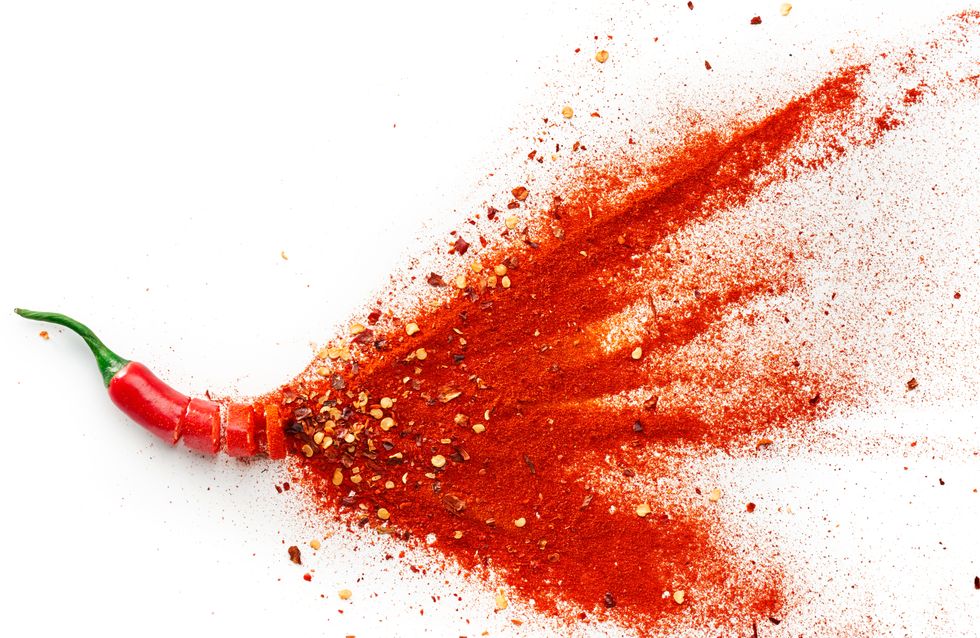 No girl likes to find out their boyf's been cheating on them. Some get over it with a few friends and a lot of wine, some get under someone else, some might just straight up ghost that cheater and start living their best life. Each to their own. But what we can't understand is the way Ly Chanel dealt with her husband's infidelity: by putting chillies up the vagina of the girl he was caught cheating with. Ouch.

Note to self: don't ever get on the wrong side of Ly Chanel. Ever. She comes armed with chillies and she's not afraid to use them.

The pregnant 23-year-old became suspicious of her husband of seven months Chien Keo, 24, when he would disappear for hours at a time, so she and four friends decided to follow him to a hotel before bursting in on him and another woman having sex in Thai Nguyen province, northeast Vietnam.

As punishment, Ly and her friends held the woman down and took off her underwear, before donning latex gloves and inserting red bird's eye chillies, which measure in at about 200,000 scoville units, into the woman's vagina. This, obviously caused the woman an immense amount of pain, all of which was captured in photos and videos taken of the event by Ly and co.

The pictures were then posted online as the group boasted about their messed-up punishment, causing an instant backlash from viewers - with many asking why the mistress bore the brunt of the punishment, and not the cheating husband.

Would my husband like me to live happily to welcome his child? How can he care for us if he then cheats with another girl," Ly reasoned. "A woman who destroys the family. Women can forgive easily but they can never forget. Jealousy is painful. She will know this.

"There are people who hate me now, but life is like that, you cannot please everyone. Whoever does what he or she does is the business. But let's share something that should be shared to see the truth, and do not talk bad about people."

According to the Metro, police have received no complaint so far from the victim, but said that Ly could be fined if police decide to charge her. Giang Hong Thanh, a lawyer from the district attorney’s office, said: "First of all, it is necessary to share and sympathize with the wife’s psychological state of affairs in this case if it is indeed the case that a woman who has been rubbed has damaged her family’s well-being. However, rubbing chili in another person’s sensitive area and posting the clip on the internet is a sign of humiliating others.

"If chili smears cause injury to another woman’s genitalia the wife may be dealt with under Article 104 of the Penal Code may be subject to administrative sanctions and a fine of £70 to £100."

What do you make of Chanel's behaviour? Let us know! ​@sofeminineUK