Home / Beauty / Hair / 8 Of The Funniest Hairstyles From Friends

8 Of The Funniest Hairstyles From Friends

by Lareese Craig Published on 22 September 2014 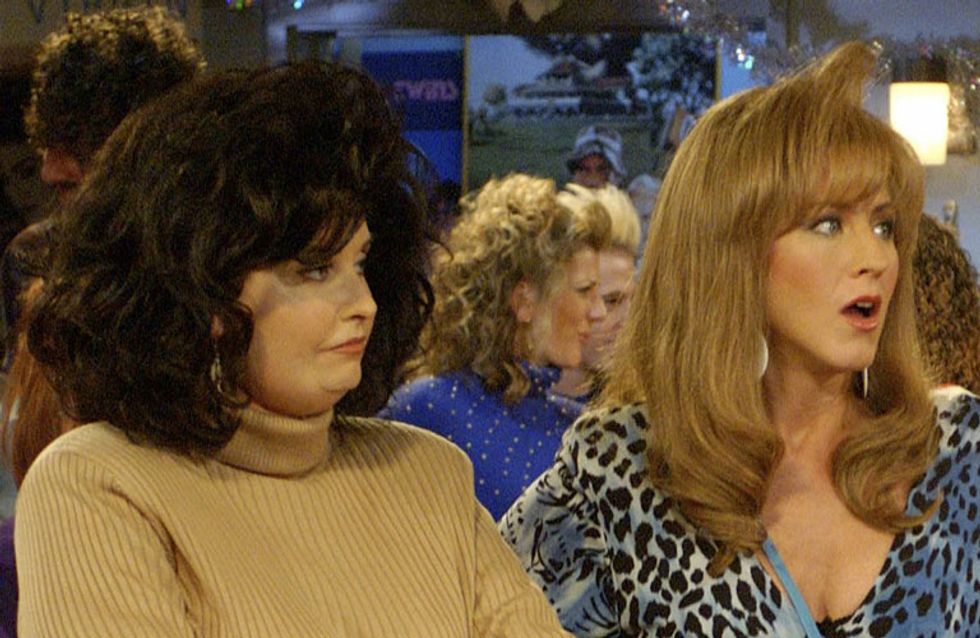 Friends has provided us with countless laughs over the years: The holiday armadillo, PIVOT, Je m’appelle Claude and Regina Phalange to name a few. Since it's the 20th anniversary of the series we thought we'd celebrate the good old days by hair shaming. From Monica's Caribbean braids to Chandler's prom horns this is the definitive ranking of the funniest Friends hairstyles - ever!

The One With Phoebe's Bunches

As tragic as it is, a woman in her late 20s wearing bunches is just not A-OK but that's Phoebe logic and we love her for it.

The One Where Rachel Got It Wrong. Finally!

We spend most of our lives swooning over Rachel Green and her ridiculous good looks but even the most popular girl in high school gets well and truly bamboozled from time to time.

The One With Chandler's Horns

The One Where Phoebe Butchers Monica's Hair

"That's Dudley Moore, I said I wanted it like Demi Moore." Only Phoebe could manage THAT slip up.

The One With Smelly Cat

We never did find out what they were feeding him but who cares because in that episode this outlandish updo happened. So Buffay!

The One With Ross's Tash

There's nothing better than retro Rossotron. Nothing.

The One Where Monica Can't Cope With Humid

There's really nothing left to do but quote Mr Bing here: "Please look at you, your hand is blistered, you can barely stand, your hair is inexplicable [...] now let's just go upstairs, order room service, take a shower and shave your head."

​We'll never need to question who the funniest Friends character is ever again.

The One Where Monica Gets Shells In Her Hair

She got caught on the bathroom curtain, waved her head around to Ride Of The Valkyries and you could see her scalp!

Celebrate Friends’ 20th anniversary with episodes daily from 5pm on Comedy Central and the FRIENDS 20TH Anniversary Box Set (The Beginning, The Middle and The End) is out on 22nd September.

We want to know your favourite ever Friends episode! Tweet us @sofeminineUK but take your time, we realise this is a MAJ decision.

12 Reasons Monica Geller Is The Best Character In Friends