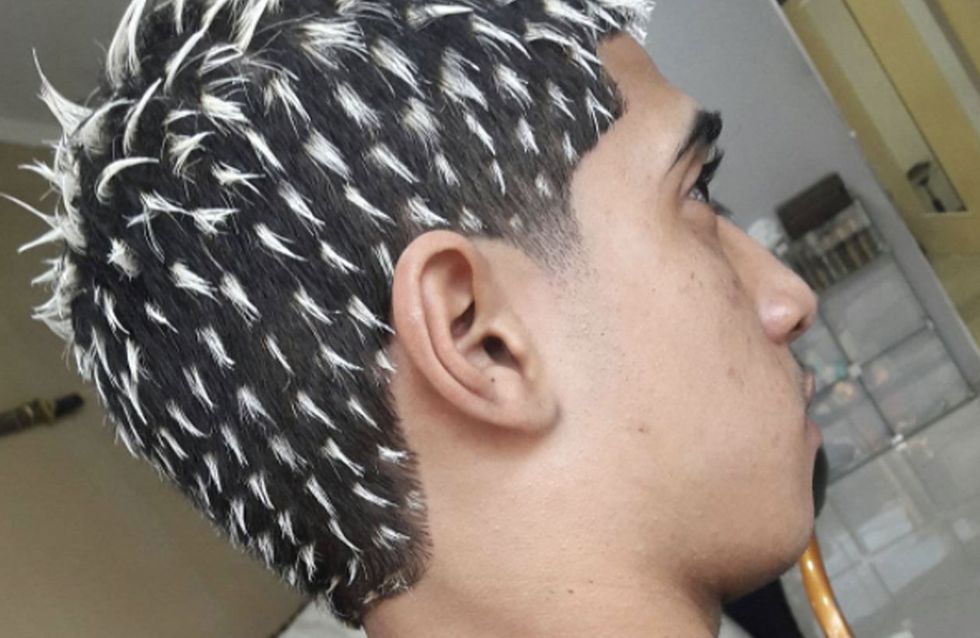 If you thought the nineties revival had peaked at tattoo chokers and space buns, think again because now it's the boys' turn to take their look down memory lane. Yup, bleached spiky tips reminiscent of N'Sync and The Backstreet Boys are officially BACK and we just can't shake the vision of our school's male population rocking the look in our youth. But will it be a hit second time round? We HAD to investigate.

Cast your mind back to your teens when you and your fellow female classmates sported foundation three shades too dark for your skin tone, hair straightened to within an inch of its life and lashes resembling spider legs. Ah what a time to be alive.

But it wasn't just us females who suffered major face palm moments with our look during those experimental years, it was our male classmates too. Remember when they all went through that weird phase of moulding their hair into super sharp, thin spikes with so much gel it looked like they hadn't come in contact with shampoo in months? I know, I'm still cringing too.

But what about when they took it a step further and bleached their tips too? Well, friends I hate to break it to you but guys are hitting the bleach bottle again to recreate this very look - and we've got mixed feelings.

The bleached tips revival is all thanks to hairstylist Clay Luan, who is attempting to bring the back the trend in a big way in Brazil. This time around he's employed a clever technique to make the whole process easier, using a silicone cap. We have to admit, his masterpieces do look a lot more impressive than our memory of David in year 10's yellow patchy tips.

To create his signature look, a silicone cap that looks a bit like a swimming cap, is placed on the client's head first, covering all of their hair. Next he uses a hook tool to pull hair out of the holes in the cap before combing it all through. The bleach is then applied to all of the hair poking through the cap and the look is complete. It's mesmerising to watch.

While we're not so stoked that this look is making a comeback, there's no denying Clay is a boss when it comes to bleaching. Fancy doing our roots while you're at it, hun?

Do you think this look is a do or a don't? Let us know @SoFeminineUK

People Are Burning Off Their Split Ends And It's LITerally Insane