Barbie Are Launching A Dreadlock Doll In Honour Of Zendaya

by the editorial team Published on 22 September 2015 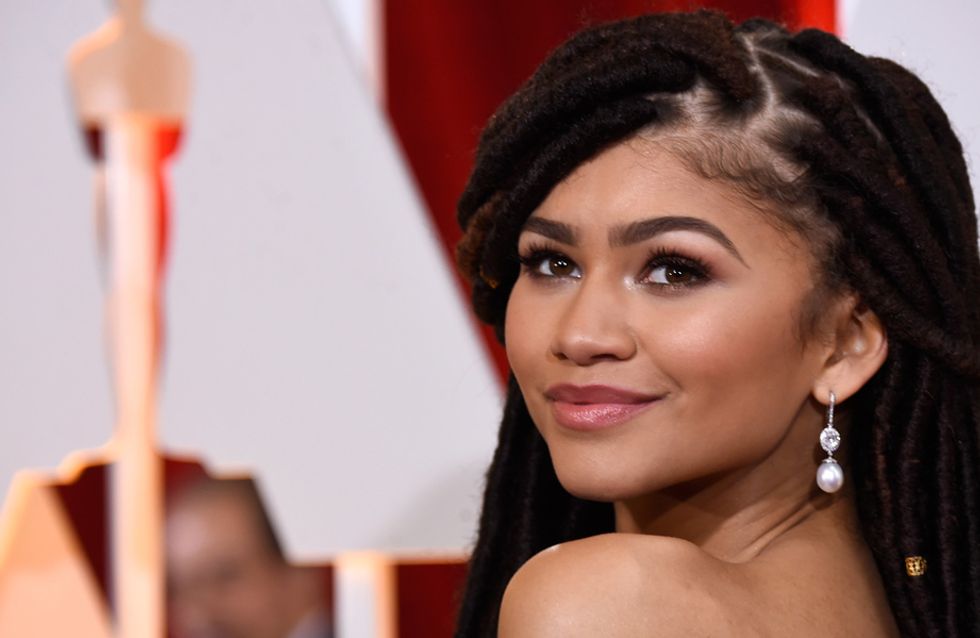 If you haven't heard of Zendaya, where have you been? The 19- year old actress is fast becoming the voice of a generation, so it makes sense that she has been honoured with her very own barbie doll!

Think back to the Oscars. When Zendaya showed up on the red carpet rocking dreadlocks, host of TV show Fashion Police Giuliana Rancic said some pretty distasteful comments about her look. Her exact words? "I feel like she smells like patchouli oil and weed". Wow.

It seems hardly surprising that this ridiculous comment was the cause of a huge race row, which Zendaya dealt with brilliantly. After hearing Giuliana's comments, she took to Instagram to stand up for herself and her decision to wear dreadlocks:

She wrote in a post: "There is a fine line between what is funny and disrespectful. Someone said something about my hair at the Oscars that left me in awe. Not because I was relishing in rave outfit reviews, but because I was hit with ignorant slurs and pure disrespect. To say than an 18-year-old young woman with locs must smell of patchouli oil or "weed" is not only a large stereotype but outrageously offensive.

"I'll have you know that my father, brother, best childhood friend and little cousins all have locs. Do you want to know what Ava DuVernay (director of the Oscar nominated film Selma), Ledisi (9 time Grammy nominated singer/songwriter and actress), Terry McMilan (author) [and] Vincent Brown (Professor of African and African American studies at Harvard University) have in common? Locs. None of which smell of marijuana."

She added: “There is already harsh criticism of African American hair in society without the help of ignorant people who choose to judge others based on the curl of their hair. My wearing my hair in locs on an Oscar red carpet was to showcase them in a positive light, to remind people of colour that our hair is good enough.”

After dealing with the whole situtaion so gracefully, it's no wonder Barbie have decided that they will be creating a one-off Barbie inspired by Zendaya's Oscar look.

The Barbie will look just like the actress on Oscar night, dreadlocks and miniature Vivienne Westwood dress included.

So excited to honor @Zendaya with a one-of-a-kind doll as she encourages girls to Raise Their Voices and to #BeSuper! pic.twitter.com/GEtTR9bayC

Well done Barbie and applause all round for to Zendaya for raising her voice, and speaking up for diversity.

What do you think about a Barbie with dreadlocks? Tweet us @SofeminineUK

How To Style Box Braids: 50 Stunning Ideas From Pinterest

13 Things Girls with Afro Hair Are Sick Of Hearing