Beer Yoga Is The Latest Fitness Fad You Need To Try 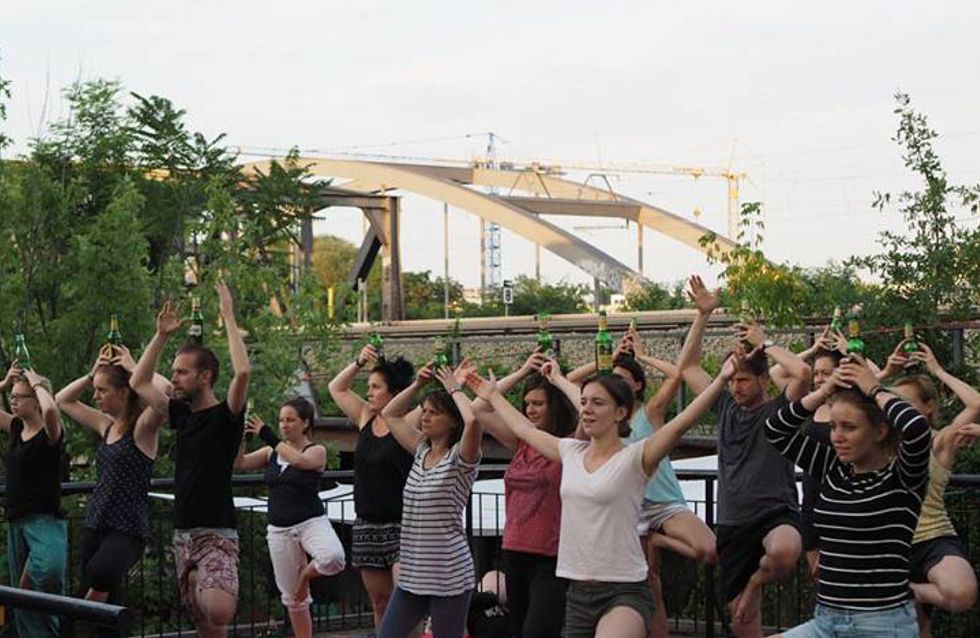 If you've ever wanted to combine your love of craft beer with your penchant for some slow stretching and deep breathing, then it might be time to get yourself to Germany because two yoga instructors in Berlin have made your dreams come true with their new exercise class: beer yoga.

What do you get if you combine downward dog with BrewDog? Beer yoga, of course. In the latest zen trend to sweep through the millennial generation, we see yoginis and beer connoisseurs unite for a boozy exercise class.

Beer yoga started its life in the hands of Berlin's hipster youth, at the German yoga studio BierYoga (that's BeerYoga, for those of you that don't speak German). It is the "marriage of two great loves - beer and yoga," their website reads. "Both are centuries-old therapies for mind, body and soul." We're not sure how copious amounts of beer is good for the mind and soul, but it sure does make us relaaax.

But the first rule of BierYoga is there's no messing around. "BeerYoga is fun but it's no joke," founder and yogi Jhula says. "We take the philosophies of yoga and pair it with the pleasure of beer-drinking to reach your highest level of consciousness." And no sign of a stitch, apparently.

So how does it work, exactly? Well, grab yourself an ice cold one and we'll get started...

The actual act of beer drinking is incorporated into each yoga pose, or "beer salutation". Think stretching up into Warrior pose, but that hand stretching upwards towards the sky is pouring beer into your open mouth. They also practice balance by propping their beer bottle on their heads - just watch out for those who have the balance of a baby giraffe.

And now the discipline of beer chugging in bridge pose is being adopted by hipsters across the other side of the world. Yep, beer yoga has found its way to Australia, where drinking beer and doing yoga are what aussie millennials do best.

BeirYoga Australia's Facebook page insists that no experience is necessary to try out the class, just an "open mind and a love of beer." And for an hour's class fuelled by a pint, probably a bladder of steel too.

Would you like to try BierYoga? Let us know! @sofeminineUK

​​​The Japanese Adult Wrapping Trend Is As Terrifying As It Sounds