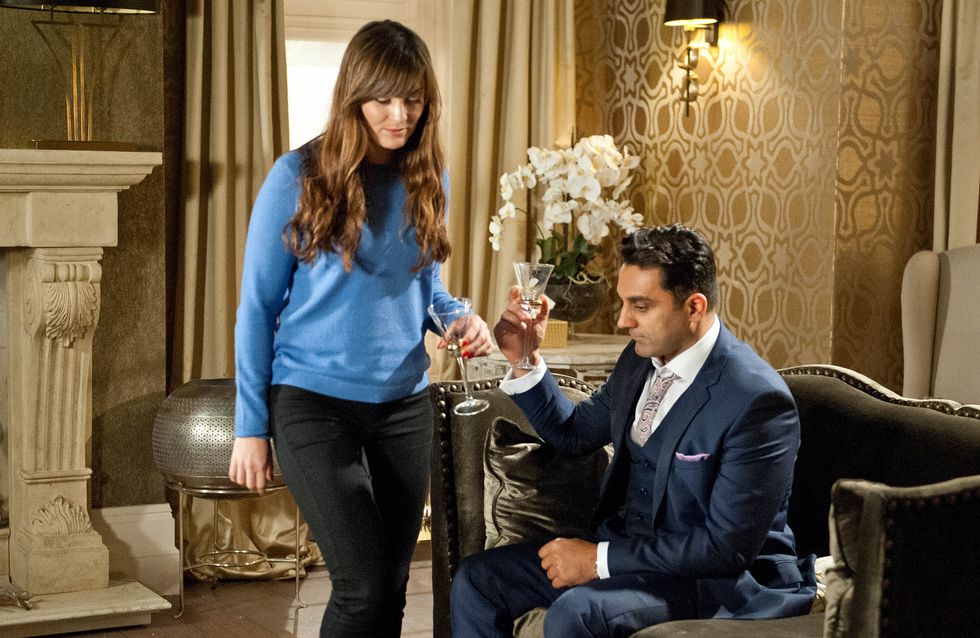 Kirin is relieved when a dishevelled Jai turns up to work and tells Kirin he got a caution for substance abuse. In the Woolpack, Priya sees her coked up brother leaving the pub and getting into his car and she stuns Rishi by ringing the police to report Jai. Soon the police pull the car over and Jai is alarmed as he has a bag of coke on him. He offers Kirin money to take the fall for him, but will Kirin put himself on the line for Jai?

Lawrence pleads with Chrissie to get Rakesh to call off the reconstruction, as he fears he might be proven innocent, but Chrissie refuses the request, as she can’t stand the idea of him suffering in prison. Later, Chrissie tries to put on a brave face as she talks to Rakesh and he’s surprised when she moves in for a kiss. Will Rakesh return the kiss or will Chrissie be left mortified?

Finn is disgusted when he has to drink a liquidised full English breakfast as part of his challenge but Jimmy’s just getting him warmed up much to Finn’s despair. Diane is touched and gives Chas a hug, when she says she’ll go through with the reconstruction. James tells Emma the last thing they want is Pete thinking they don’t trust him. 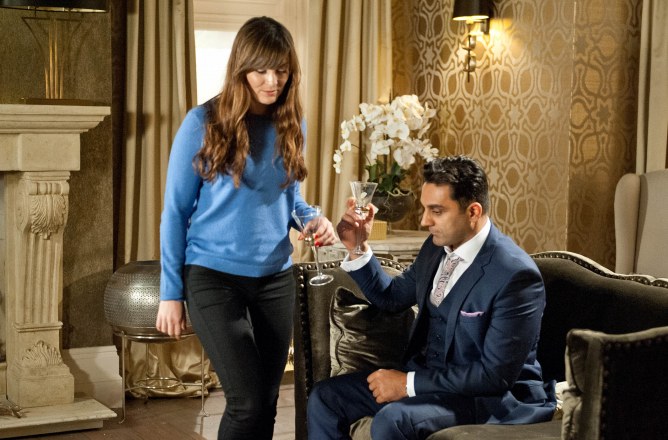