Sienna doesn’t want to leave Warren after finding out about the child arrangement order, so decides to make him love her again. She glams herself up and goes to The Loft to seduce Warren but he’s too busy. Sienna falls to the floor after a tussle with Cindy over a stolen bottle of wine and yelps in pain but refuses Warren’s advice to go to the hospital. After experiencing more pains, Sienna confides in Nancy that she’s losing the babies. Sienna and Nancy are relieved when they hear two healthy heartbeats at the hospital but Sienna realises that she’s going to have to fight Warren if she wants to keep her kids. 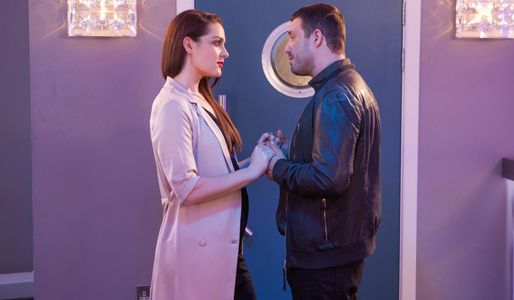 Pascale Day
…
#Hollyoaks
For all the best videos, memes and shareable news!