Ryan has spent the night with Mercedes but panics when she finds an envelope full of money which has been hidden away, what's his secret? Meanwhile, Scott is heartbroken when his plans to meet his biological family get cancelled. Mercedes finds Scott trashing Greta’s front room but he accidentally causes serious damage to her home. DS Thorpe arrests Scott and Mercedes blackmails Ryan to help.

Simone continues to enjoy looking after Leah and Lucas. Louis asks Lisa to talk some sense into Simone about her recent decision but Simone is too preoccupied trying to get an audience with Sally’s date, Councillor Roberta Shaw to listen to Lisa. Sally is furious when Simone interrupts her date, but they’re both shocked when Roberta collapses and dies after a heart attack. Later, Louis rethinks Simone's request, leaving Lisa floored.

Frankie wants Esther to divorce Kim, unaware that Kim is hidden in the attic at the Osborne's. Kim sneaks down from her hiding place when she thinks the coast is clear but is spotted by Oscar.​​ 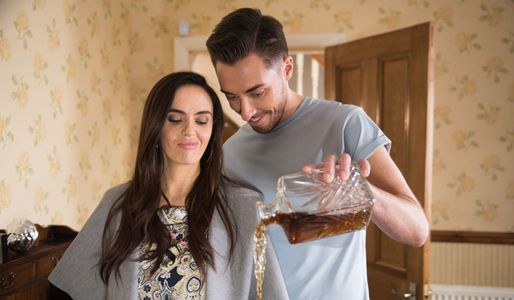