Sienna’s world crashes to the ground as the truth behind her evil lies are discovered by Dodger, but will he reveal her secrets to the entire village?

Fraser makes a startling discovery, leaving Trevor in immense danger, but will he believe Grace’s protests?

Ruby’s hilarious payback goes to plan, but will she end up losing more than anticipated when she suddenly has an attack of conscience?

Sam is disappointed to have lost her mole, whilst Cindy is distraught to lose a close friend. 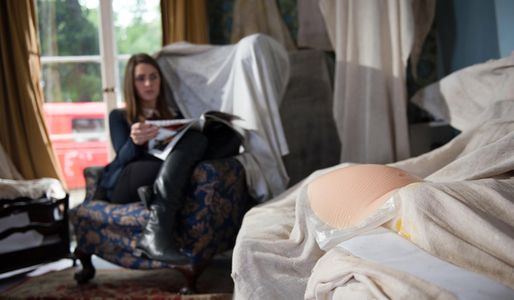 Hollyoaks 21/08 – Sienna’s desperate to keep Dodger to herself

Hollyoaks 05/11 – Dodger becomes suspicious of Will

Hollyoaks 19/12 - Dodger is trapped in a Christmas nightmare

Hollyoaks 03/12 - Will Cameron and Rick’s desperate act be discovered?

Hollyoaks 28/08 – Sienna’s desperate to keep Dodger to herself