Liam is painfully grieving for Eva and his fury grows when he witnesses Grace’s happiness. He calls DS Thorpe for an update on his latest plan for revenge.

Liam goes to the garage to try and find the gun that Grace shot him with to use as evidence. Warren catches him and Liam asks for his help. Meanwhile, Esther is terrified when Liam locks her in a container and leaves her there.

​​Courtney encourages Nancy to attend an MS support group but Nancy is shocked when she bumps into her first ever boyfriend, Kyle who also has MS. There’s a hint of a spark as they reminisce about old times and she feels guilty when she doesn’t tell Darren about Kyle.

Scott is desperately searching for his biological mum. He’s devastated when Lynette gives him a letter from his birth mother, which asks him not to find her.

It’s awkward between Joel and Cleo when he turns up at the McQueen’s. Cleo is jealous when Joel gives Lisa a hug to say thank you for helping him out.​ 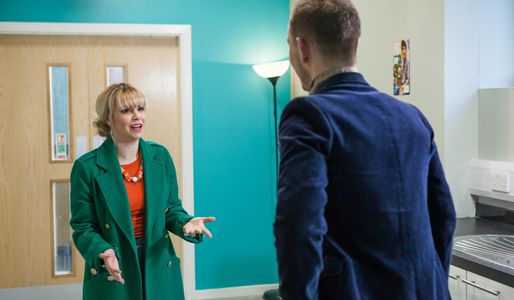 Pascale Day
…
Guide
For all the best videos, memes and shareable news!