Nick is floored by Holly’s sexy surprise when he gets home from work and decides not to dump her; but back at work, Tegan is just too tempting. However, Zack spots Nick and Tegan kissing as he’s leaving the hospital. Later, Tegan panics when she thinks the hangover she’s had all day, might actually be morning sickness!

Prince and Hunter have mixed reactions when Shane reveals why he’s injured. They suggest that Shane hides out in The Shack but Hunter needs to get his folder from Neeta’s desk first. However,Louis turns up to do some marking, forcing Prince, Hunter and Shane to hide in the classroom store cupboard. They finally manage to escape when Louis leaves the room, but Shane has spotted the expensive camera equipment being stored away and blackmails his sons to help him steal it.​ 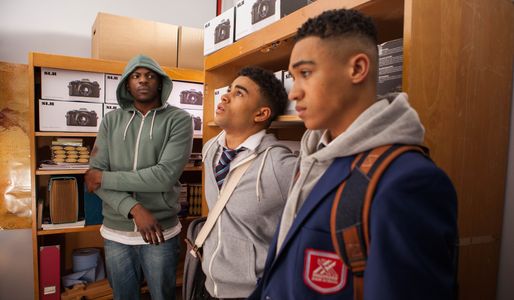