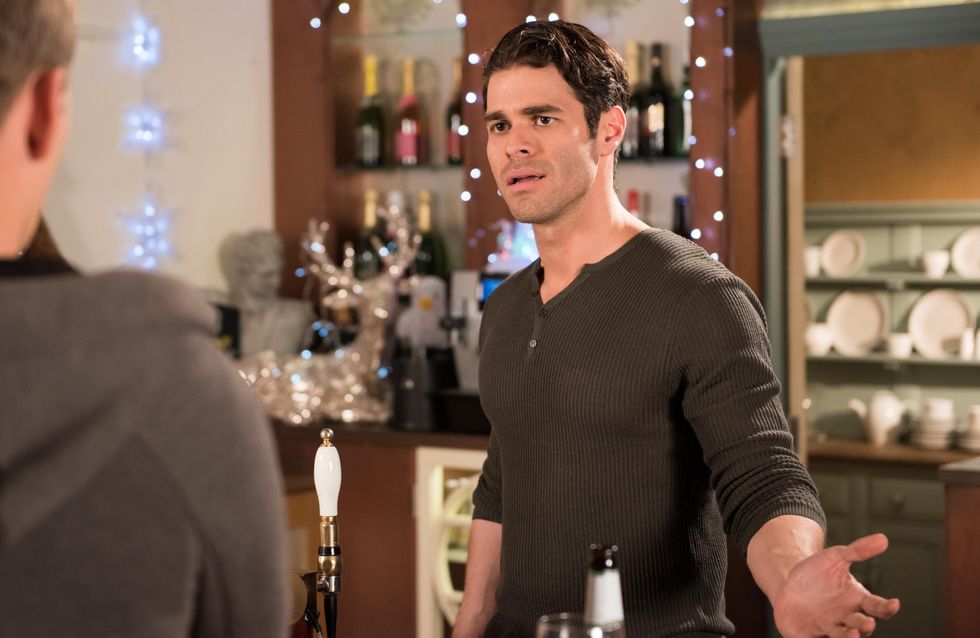 When Cleo visits Pete again he tells her the key is for a lock-up he has, containing photos of them. Harry sees Cleo outside the hospital and decides he has to tell the McQueens about her seeing Pete. Celine and Reenie are stunned when Harry tells them what Cleo has been up to. They find Pete’s lock-up address on Cleo’s laptop and head off to find her.

Rachel, Ellie, Nathan and Porsche are in fancy dress for a Christmas bar crawl. Ellie spills her drink over Rachel forcing her to change into a frumpy snowman outfit, but in the meantime everyone has left The Dog without her. At The Loft, Ellie is pushing Nathan and Porsche together, just as Rachel walks in. Rachel is furious but Ellie continues to manipulate her brother and a fight erupts between Rachel and Nathan. With Rachel gone, Porsche and Nathan continue to drink together and head back to the McQueen’s…

Myra tells John Paul about what she heard last night so he encourages his mum to catch Diego out.

Patrick puts on an angry act at the police station but when Maxine’s back is turned, he manipulates Jason into becoming suspicious again. Maxine reveals to Patrick that she’s booked for them to renew their vows. 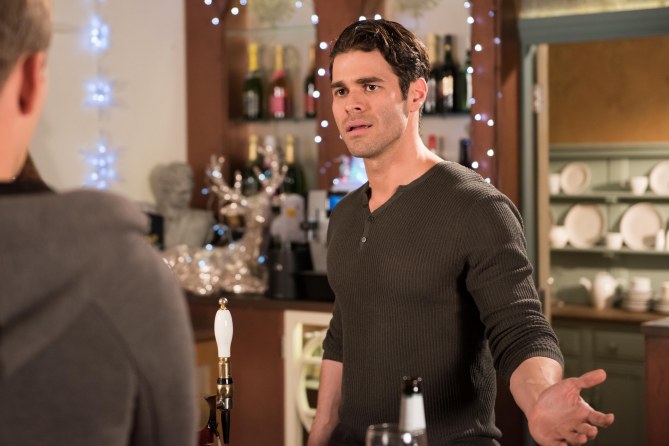