Patrick finds out that Sienna has hired a private investigator to find her daughter. She’s beyond excited when she hears from her PI, Owen, while Nico is nervous about meeting her mother.

Freddie takes Jason to his meeting with Stan who Freddie reveals sells steroids. Jason steals Stan’s number from Freddie’s phone and buys pills of him. Jason can’t stop sweating and can’t concentrate on his exam after taking the drugs. Robbie, Jason and Phoebe decide to go to The Loft to celebrate the end of their exams but Jason is humiliated when the bouncers won’t let him in. A desperate Jason meets up with Stan again and asks for more steroids. He overdoses and collapses in the village, leaving Freddie alarmed.
​
Robbie has his final revision session with Nancy and can see that she’s still thinking about what happened between them. Robbie tries to wind up Darren and it works. Darren feels like a caged animal and asks Tony if he fancies a night out. Nancy is furious but Darren shouts at her that he can’t take anymore of her meddling.

Dodger shuns his new friend, leaving her with nowhere to go. 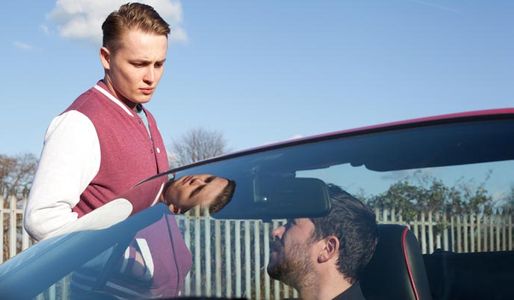 Hollyoaks 18/11 – Sienna and Patrick cover their tracks, but who will suffer the consequences?

Hollyoaks 25/06 - How far will Sienna and Patrick go to beat Anna?