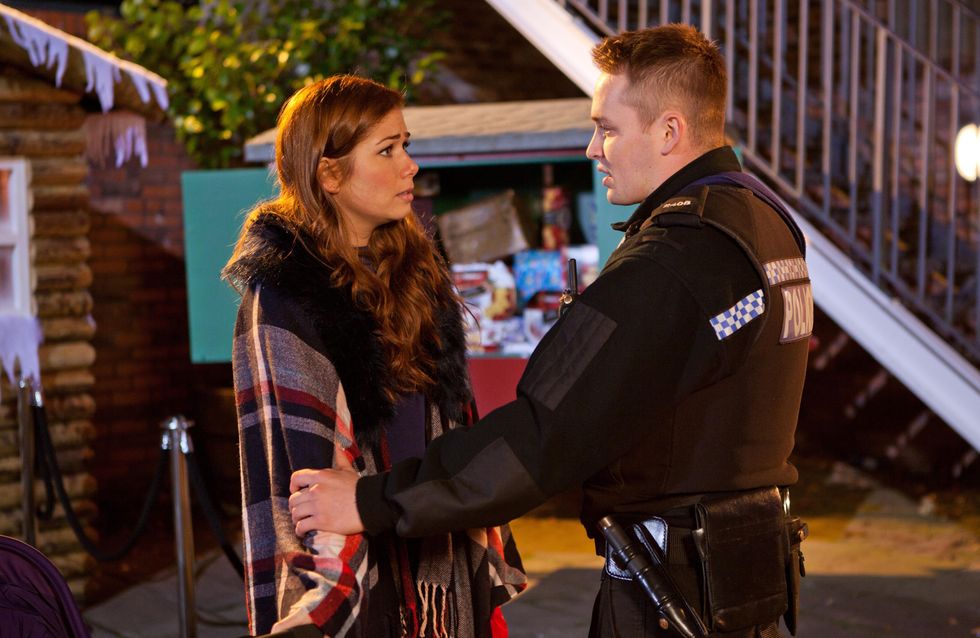 Cleo is furious when she finds photos of Jade among the ones of her and Pete. She launches herself at Jade, and Nancy takes the pair in to a classroom. The three of them talk and Cleo suddenly realises that Pete has been abusing her.
​
Mercedes and Joe return and Lindsey tells them that there’s no change in Kim. Mercedes gets drunk and goes over on her ankle. At the hospital, Lindsey visits Kim who is confused about what her sister is doing to her. Kim lets out a cry, which is heard by Mercedes who is there about her ankle. Lindsey continues to medicate Kim but she doesn’t see Mercedes looking in.

Darren is being investigated as an accomplice to Pete’s hit and run. He confides in Grace about the mess he’s in, while Nancy sells her wedding rings to pay for a solicitor.

Ellie is suspicious about where Nathan spent the night, while he worries that he’s left his wallet at the McQueen’s. Ellie overhears him talking to Porsche about what happened last night. Rachel gives guilty Nathan an engraved compass as a ‘sorry’ present for arguing with him, just as Porsche storms in to return his wallet.