Ben tells Jason that they need to examine the bodies of the Gloved Hand’s victims, which means digging up Rick’s grave. Jason remembers him and Joe burying the gun there that was used to shoot Phoebe. He asks Holly to get the gun before the police do. She finds the gun just as Ben arrives.

Ste tells Harry about his CD4 count. Ste turns up at Harry’s 18th birthday party in The Loft and is conscious of Tony watching them. 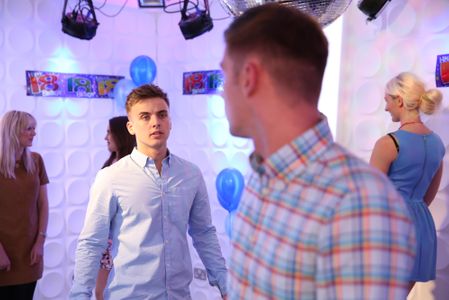 Hollyoaks 12/2 - Ben and Trevor are alone in The Loft

Hollyoaks 7/09 - Ben is angry at Jason for arresting Trevor