Pregnant Sienna worries when she starts getting pains, and calls Warren. The sonographer reassures Warren and Sienna that there is a healthy heartbeat, but then realises there’s two heartbeats – they’re having twins! However, Warren is still caught up in his vendetta against Bart McQueen. He promises Sienna that he’ll forget Bart for the sake of their family, but will he keep his word?

Scott realises that he needs to find out more from Greta but all Greta has is a couple of photos of Maggie from her days as a performer. Scott is intrigued when he finds a picture of his mum with what looks like Rod Stewart’s male roadie and questions whether the roadie could be his dad.

Ellie is worried about the failing pub until she gets a letter about being shortlisted for ‘Dee Valley’s Pub of the Year’. She finds out that Nathan entered them into the competition before he died and Ellie swears to do him proud. Meanwhile, Freddie goes to meet his Auntie Christine when she arrives back from visiting Sandy in South Africa. He’s stunned when she hands him Lexi – Sandy can’t cope with her and JJ so it’s time he took responsibility.​​ 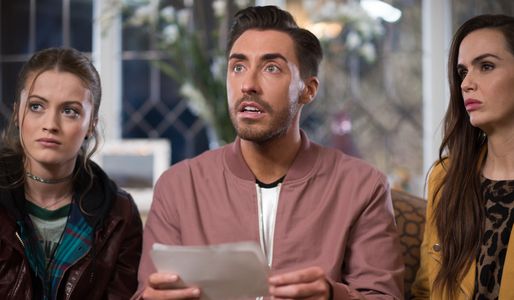 Pascale Day
…
Guide
From hair ideas to outifts, look no further for your daily inspiration