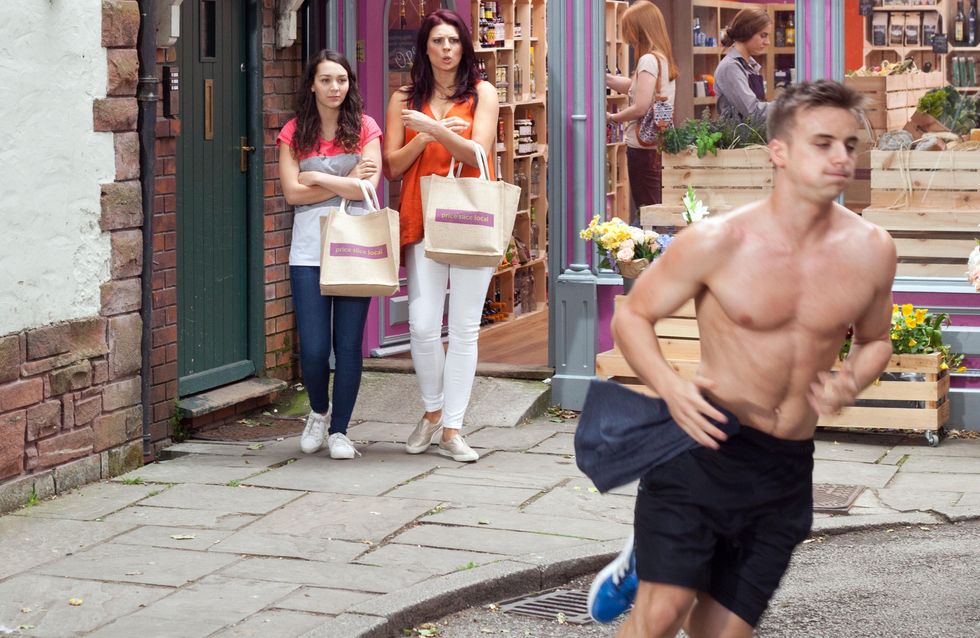 Trevor gets a call from his credit card company that someone has withdrawn £1k from his account. Dylan is forced to confess when confronted by his dad. Ben turns up to search Trevor’s flat. Ben reveals that the ‘legal highs’ were banned last week.

Cleo is uncomfortable when Pete kisses her neck as she’s making a cup of tea. She reluctantly agrees to a date with him. Cleo and Porsche drool over topless Harry in the village and Porsche promises that she’ll make things right between him and Cleo. She starts to organise her fourth ‘twenty-first’ birthday party, where she plans to reunite her little sister with Harry. Cleo sees Harry at the bus stop and asks him to go for a drink with her. They seem to thaw towards each other but Cleo is reminded about her date with Pete.

Sinead warns Scott that she knows he’s trying to seduce Ste. She lies to her cousin that Harry fancies him, which takes Scott’s attention away from Ste for a little while.