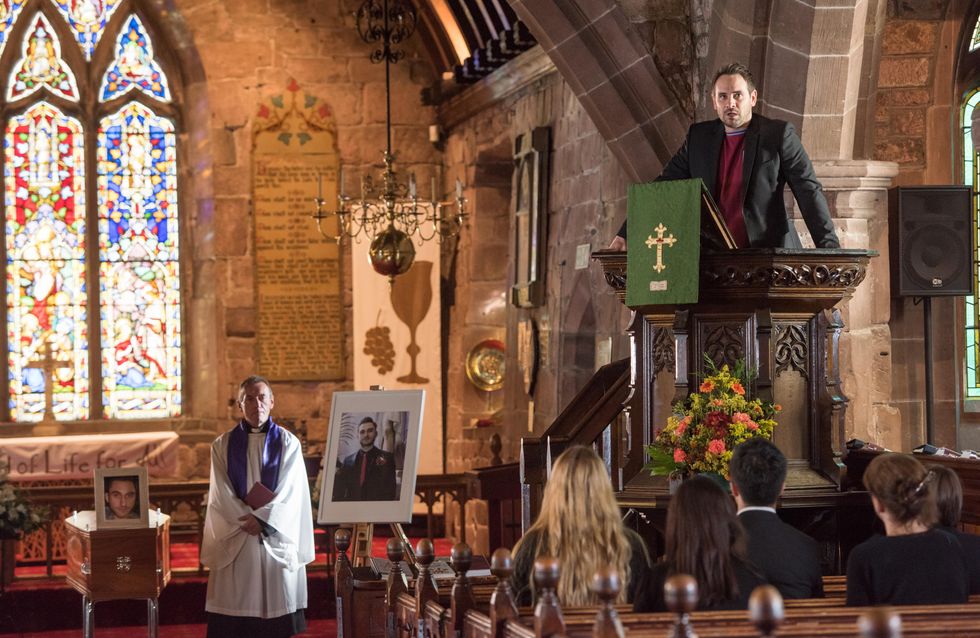 The Roscoes prepare for Freddie’s funeral and Lindsey is annoyed when Joe puts her in the friend-zone. Lindsey plants a reminder of Gabriel for Mercedes to find, which results in her not going to the funeral. The Roscoe brothers wait in the village for the hearse. They’re furious when they find out about Darren and Grace. At the church, Joe does his eulogy and just as he’s thanking Lindsey for her support, there’s an uninvited guest who could be about to ruin everything for the doctor…

Louis receives a card from Joanne and quickly hides it from Simone, while Zack finds a visiting order for Simone from Trevor. Louis worries about Simone going back to practicing law. Later, Louis returns home for lunch to find a seductive Joanne waiting for him on the couch.

Nancy is delighted that Charlie is talking. She walks him to the nativity play at The Bean but he clams up again when he sees Lindsey. Later, Nancy tells a shocked Darren that she loves him.

Ste has been drinking and Tony finds him hungover at the Lomax’s. At Esther’s Magic Bean, Ste overhears Harry on the phone to ‘Chad’ and thinks he’s arranging a date, so decides to gate crash. 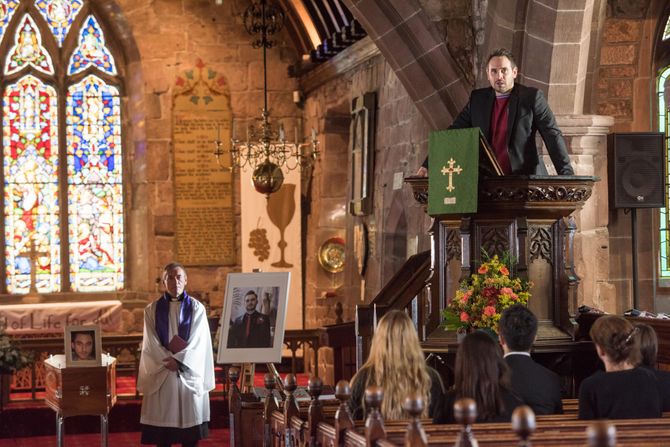