Sinead is furious when Ste returns home after being out all night. She confronts him with an empty condom box she found in the bin. Caught out, Ste lies that he gave the condoms to Harry because he was too embarrassed to buy them himself. Sinead believes him until a text comes through on Ste’s phone and she’s shocked by what she reads...

Jade has slept rough outside The Dog and Jack catches her stealing from the drink delivery. She tries to call Lisa but her call is cancelled. Elsewhere, Nancy and Jack see Jade pinching a burger from The Tugboat and Jack recognises her from earlier. Nancy warms to her when she realises she’s only a kid, and is swayed when Jade tells them about being neglected by her foster parents and asks whether she can stay with them. Lisa is surprised when she goes to The Dog and sees Jade with her feet firmly under the table.

Lindsey writes the time of JJ’s hospital appointment on the chalk board in the kitchen. She has to get to work so hesitantly agrees for Freddie to take JJ and pleads with him to get there early and make sure he’s thoroughly checked over. She makes Freddie paranoid when she hints that Lindsey has been looking at Joe like she used to… Lindsey finds out that Freddie didn’t turn up for the appointment. Lindsey is furious when Freddie comes home and tells him she doesn’t know why they’re together. He storms out and bumps into Mercedes, who is feeling sorry for herself about being pregnant and man-less. They go to The Loft and comfort each other. 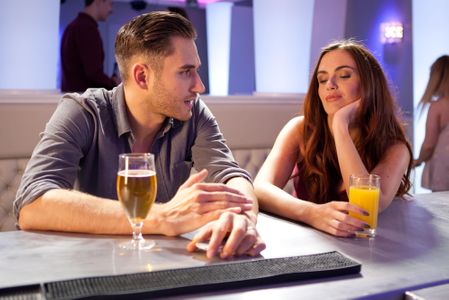 Hollyoaks 5/06 - Sinead is insensitive to Ste

Hollyoaks 18/09 – Tony must decide where his loyalties lie

Hollyoaks 01/09 – Sinead forgives Diane for not supporting her