Tony declares ‘Hollyoaks Pride’ open with a fanfare of fireworks and fancy dress. He is startled when Scott turns up wearing a Tony mask, which he’s selling on his ‘Man behind the Mask’ stall. Meanwhile, John Paul wonders if he should tell Tony about Harry’s ‘obsession’ with him, and Holly tells Cindy that she hopes Ashley dies after what she did to her. Celine figures out that John Paul is still in love with Ste, but John Paul is stunned when he sees Ste and Harry together. Tony takes to the stage and thanks everyone who has helped with Hollyoaks Pride. He calls Ste to the stage, but he’s nowhere to be seen.

Mercedes and Freddie prepare to flee to Valencia. Freddie realises Mercedes hasn’t told Joe and they’re rumbled when Joe overhears their hushed conversation. Mercedes and Freddie tell him they’re going as friends and Mercedes breaks Joe’s heart by saying it would never have worked between them.

Trevor has packed his bags ready for a new life away from Hollyoaks with Grace and Curtis. He’s unaware that Grace and Robbie are working together to destroy him. Grace goads Trevor into going to find Robbie. He turns up at the garage and tells Robbie about Jason grassing on him. Trevor punches Robbie in the gut, prompting Robbie to tell him that he’s working with Grace so she can run off with Curtis. Trevor returns to the flat and explodes with rage when Grace is missing and he realises Robbie was right. Freddie suggests Robbie leaves with him and Mercedes to escape Trevor. Outside the garage, Joe comes to say goodbye to Freddie and tells him to look after Mercedes and their baby. Elsewhere, Robbie says goodbye to Holly, but Trevor is watching him – armed with a gun.

Ashley has had a haemorrhage. Ben has been at her bed side all night and asks the doctor to call him if she wakes up. Meanwhile, Sienna and Nico are on pins waiting for Ashley to wake up in case she tells Ben that they killed Carly. Sienna urges Dr S’Avage to find a way to keep Ashley quiet. Dr S’Avage sets up CCTV in Ashley’s room so he can see when she wakes up. He misses the moment and Ashley leaves a voicemail for Ben. 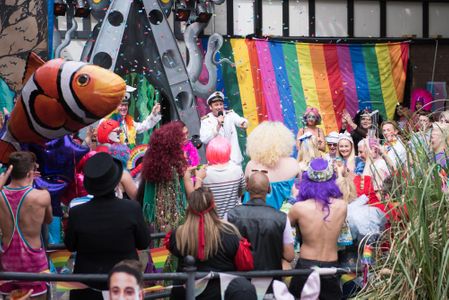 Hollyoaks 17/10 – Dodger is disgusted with himself

Hollyoaks 18/11 – Tony battles with his conscience