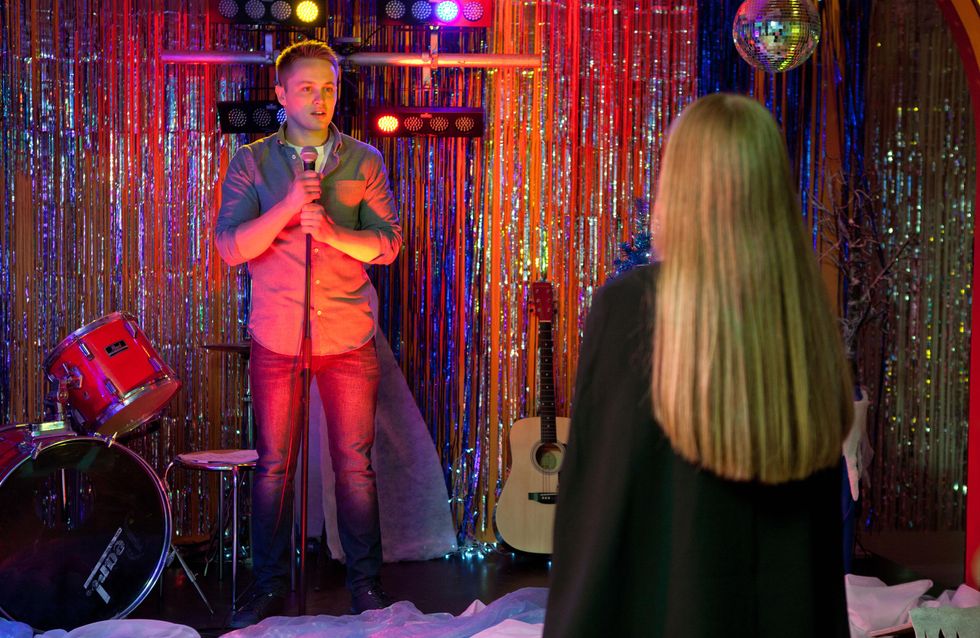 Nico spots Jason buying flowers. She thinks the flowers are for her but he surprises Holly with them at school. Jason is struck with another idea when he notices the poster for the Christmas party. Alfie has seen Jason’s gesture and Nico is delighted when she finds the exact same bunch of flowers in her locker and thinks they’re from Jason, but they’re from Alfie. Alfie greets Nico when she turns up at the Christmas party with Tom, but she ignores him, looking for Jason. Jason stops the music and tells the crowd he’s going to propose to his ‘special girl’. Nico thinks he’s proposing to her and says “yes”, then realises that Holly is stood behind her…

Robbie and Alfie watch the events unfold with jealousy. Peri turns up at the party to see Tom but Tom is confused when she leaves straight away. Later, Holly gets home and is horrified that her moisturiser has been replaced with a tub of worms.

Leela’s heart skips a beat when Cameron invites her for lunch but Celine is there and the girls lock horns. Ziggy is drunk at The Dog wondering whether to call Tegan. Ellie clearly fancies him and gets him a drink on the house. Ste and John Paul give Tegan advice about Ziggy but when she goes to find him she’s heart-broken at what she discovers.

Mrs St Claire asks John Paul not to tell anyone about what he’s found but thinks he’s gone back on his word when she sees him talking to Nancy. 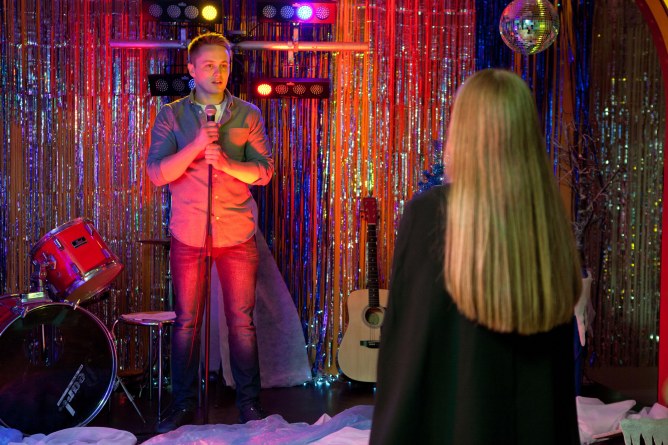