Grace and Trevor stage a fake break-up in front of Kim.

Lockie and John Paul hire The Loft for Cleo’s party. John Paul admits his true feelings to a shocked Lockie. When Porsche gives Lockie attitude again, Lockie tells John Paul he’s going to tell Porsche about the two of them. However, Porsche confides in John Paul that without Lockie she wouldn’t cope, and she tells Lockie she loves him. Who will Lockie choose?

Sienna is worried about Dr S’Avage’s friendship with Reenie. Reenie visits D S’Avage and he lends her his credit card. Sienna confronts Reenie at Cleo’s party but Dr S’Avage stands up for Reenie. Later, Sienna follows Reenie to confront her and pushes her off the City Wall.
​
Dylan is thrilled when he impresses Trevor by hiring out The Loft for Cleo’s party. 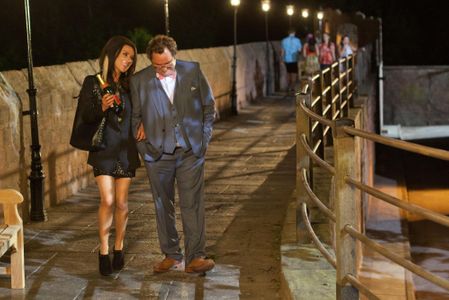 Hollyoaks 16/07 - ​Grace and Trevor are shocked

Hollyoaks 14/07 – Can Grace convince Trevor to give them another chance?