Cleo follows Joel to a drug deal. Joel’s surprised when she returns his motorbike that was stolen by Shane, and they tidy it up together to take his mind off his cravings. They’re closer than ever and Cleo tells Joel that she loves him.

It’s Prince and Hunter’s birthday. Neeta steals a cake from Sally’s office, but Hunter gets the wrong impression and tries to kiss Neeta. Yasmine and Prince persuade Tom to drive them to a local party but along with Alfie, they get lost. Yasmine starts to get chest pains but everyone thinks she’s faking until she collapses.​ 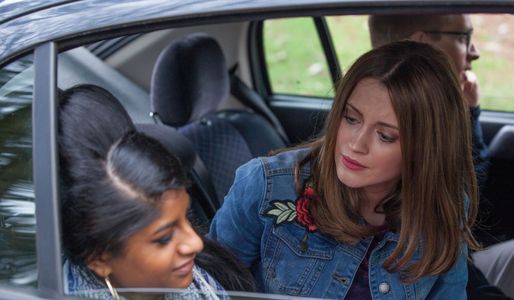 Pascale Day
…
Hollyoaks
From hair ideas to outifts, look no further for your daily inspiration