Hollyoaks 24/07 - Darren Bumps Into Old Friend Luke, Who Isn't As Loyal As He Remembers...

Grace heads to the Folly to meet the person who has been texting Warren about their affair. Nobody turns up but she finds a set of keys with a bulls head keyring. Clues point to Joel being Warren’s blackmailer.

Tom and Alfie prepare for Ibiza but before they go, Alfie tries to help Prince and Lily’s relationship. Mac refuses to let Neeta go to Ibiza with Ellie so Sally gets revenge and buys her and Neeta a flight toIbiza instead. Hunter and Prince both work their magic for some extra money and both buy a flight to Ibiza.

Meanwhile, Darren plans a holiday with Nancy and the kids but later, he bumps into his old friend, Luke, who isn’t as loyal as he remembers… 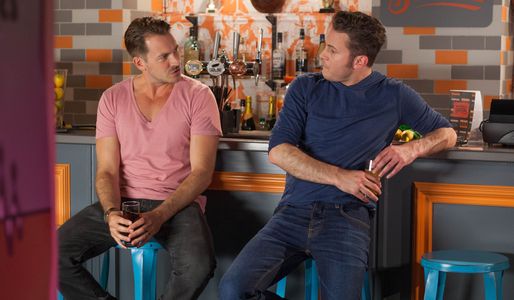 Hollyoaks 24/08 - Darren Is Wracked With Guilt

Hollyoaks 03/07- Who will Darren take his anger out on?

Hollyoaks 24/07 – Will Cindy confess to her deep secret?

Hollyoaks 14/07 - Darren Lies To Nancy About A Job