Lindsey tampers with Cindy’s pills. Cindy talks Simone in to using her legal experience and speaking with Trevor about the murders but Lindsey overhears. Simone listens to what a choked up Trevor has to say as Cindy becomes increasingly unwell due to Lindsey swapping her pills. Lisa tries to avoid having her photo taken for the paper and thinks she’s off the hook when Simone doesn’t turn up, but her mum arrives just in time. Theresa tells the reporter about Simone visiting Trevor, angry that Simone is helping the man that ‘killed’ Phoebe. Lindsey and erratic Cindy fight. Dirk and Mac have to pull them away from each other.

Alfie is devastated when his adoptive mum fails to show up at the Single Mingle singles night event that Neeta has arranged at the pub. Neeta comforts Alfie and asks him to be Best Man at the wedding.

Esther notices Nancy’s feelings for Darren and encourages her to tell him. Elsewhere, Grace spots the Single Mingle night poster and talks Esther into babysitting. At the event, Grace attempts to build bridges with Darren. They both get picked for the ‘Clothes swap’ task and end up falling to the floor, laughing. Later, both Darren and Grace get cosy in the hot-tub. 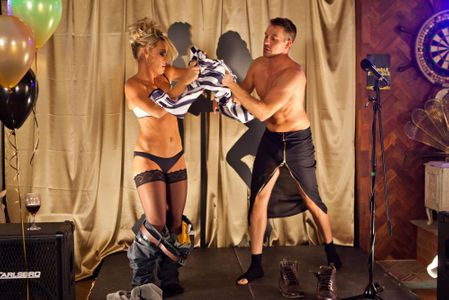