The Roscoe family are broken following recent events. Joe asks Lindsey to move back into the Roscoe’s so they can support each other.

More people start to take notice of Cindy’s claims that there is a serial killer at the hospital but has the Gloved Hand Killer already covered their tracks?

The Nightingale family descends on Hollyoaks: Mac, Ellie, Nathan, Alfie and Nathan’s fiancé, Rachel. Darren is flustered when he sees Mac’s gorgeous daughter, Ellie and ends up spraying her with champagne. Jack hands over the keys to The Dog and it’s revealed that Mac used to live in Hollyoaks. The Osbornes move into the Boarding House and tell a shocked Lockie that he’ll have to move out. Nancy takes Oscar and a down-beat Charlie to Price Slice but Charlie runs off. Meanwhile, Mac tells his family about when he lived at the pub as a child. They open the doors but are unaware that Charlie has snuck into the cellar. Mac puts some boxes of beers in front of the door and accidentally traps him inside. Mac goes down to the cellar to call ‘Neeta’ and finds a petrified Charlie. He carries him home but Nancy and Darren are concerned by Charlie’s behaviour. Jack offers to help out at The Dog and Ellie sees a message from Neeta appear on her dad’s phone and pockets it. Meanwhile, Charlie has a nightmare about what he saw at Pride…

Leela asks Peri if she wants to go with her to Cameron’s sentencing tomorrow, but she says no. She sees Peri upset by The City Wall and is surprised when her daughter opens up to her about her feelings towards baby Steph. Lockie asks Leela to write a victim impact statement for Cameron’s trial so he can get a reduced sentence. 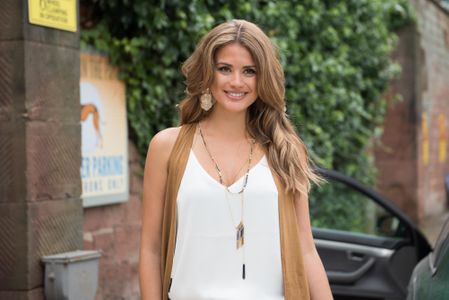 Hollyoaks 14/10 – The Blake/Savages are shocked by recent events

Hollyoaks 17/04 - Warren Has Recent Events On His Mind

Hollyoaks 26/10 - Lisa And Sonia's Conversation Ends In A Fight